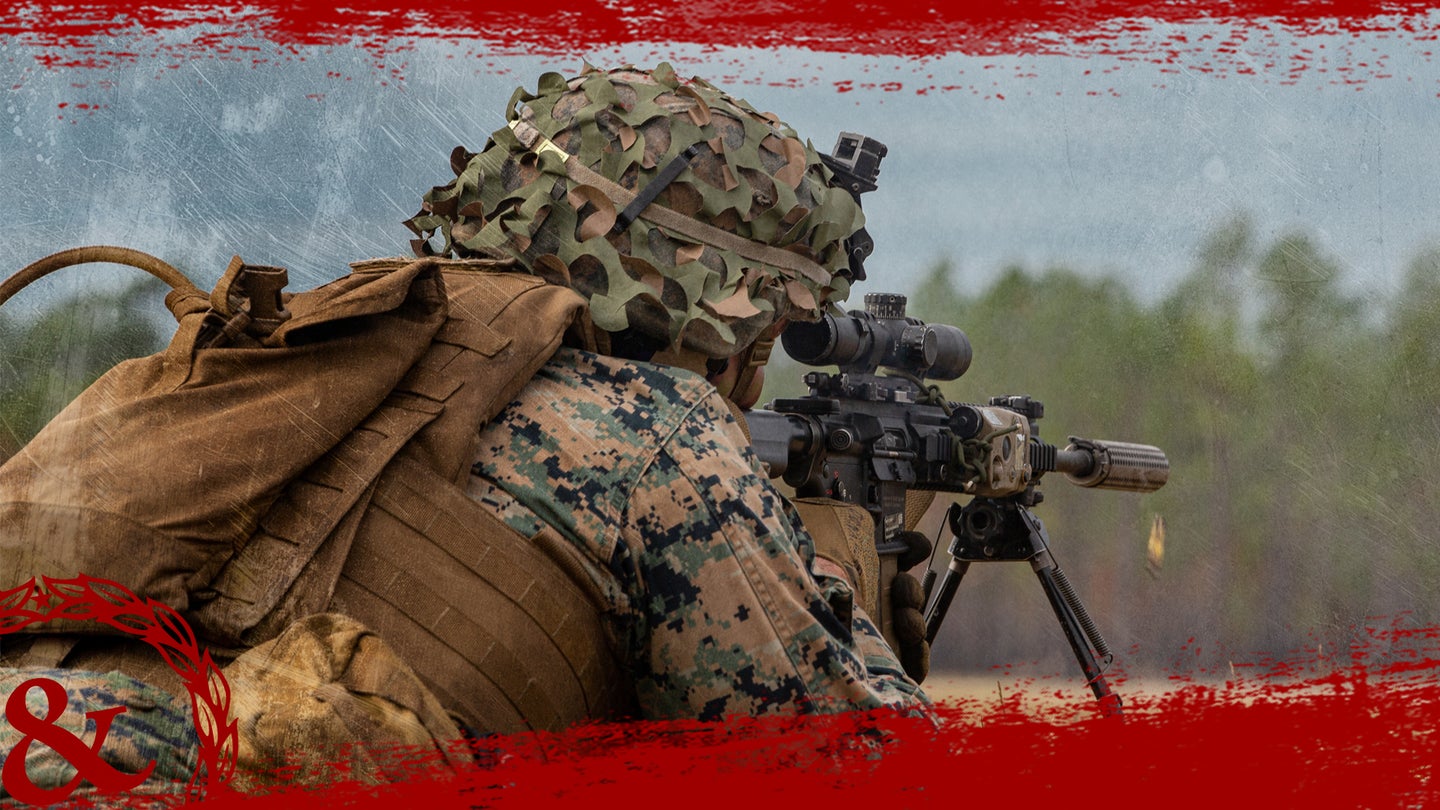 Marine infantrymen in the 2nd Marine Division can now face off against a more “realistic enemy” on a new range complex in North Carolina that features realistic terrain and robot targets.

Range Golf-36 (G-36) at Camp Lejeune was certified on Dec. 12 after a company of grunts from 3rd Battalion, 6th Marine Regiment was put through its paces. Officials say the range is unique and tougher than others for maneuver units and allows commanders to try out a variety of scenarios to pit Marines up against equal or potentially superior adversaries — a big shift in thinking as the Corps looks to a potential future fight in the Pacific.

“The majority of the current U.S. Marine Corps population has not seen a world where the U.S. was not the dominant force,” division gunner Chief Warrant Officer 5 Joshua Smith said in a statement. “As the Corps transitions to the peer and near-peer fight, we strived to produce a live-fire problem set which removes the three-to-one advantage the Marine Corps typically enjoyed.”

At G-36, the Corps ditched static targets in favor of robotic targets (known as Trackless Motorized Infantry Targets, or TMIT) that can move freely around the range — just like the bad guys — while the range itself has uncut grass and trees along the way that make it more difficult to maneuver.

You can see a demo of how the robot targets work in the video below:

“Typically, on most live-fire ranges, the trees are removed and the grass is cut in order to allow for the safe execution and supervision of live-fire training,” Smith added. “G-36 adds the environment as part of the problem. In parts of the range, the trees play into the problem, as it is harder to see some of the enemy — just as it would be in real life.”

Some targets are in areas that could easily be destroyed by Marine rocket fire, according to Smith, if not for the trees and grass in the way.

Marine officials see a much different fight taking place in the future than its decades-long slog in the Middle East, with China presenting a more professional and technologically-advanced enemy than its dealt with in the past. So it has spent the past few years restructuring its force to be lighter and more agile, implemented more force-on-force training, and worked on pressing problems like countering drones and reducing units’ electromagnetic signature “before the adversary makes us pay the price,” as one Marine intelligence official put it.

The service is also ironing out the details of its Expeditionary Advanced Base Operations concept, which would team up the Navy and Marine Corps in seizing island outposts in the Pacific. China, meanwhile, is building out its own Marine Corps with an eye toward power projection, which, as Marine Capt. Michael Hanson noted in Proceedings magazine, means it’s only a matter of time before the Navy and Marine Corps will have a true near-peer competitor to worry about.

Check out photos of the new G-36 range below: