The 5 Worst Marine Corps Bases To Live On

There are more than 35 Marine Corps bases across the world, though a majority of them are stateside. While some... 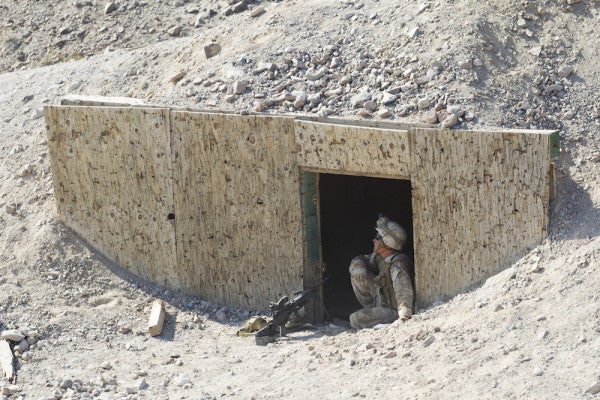 There are more than 35 Marine Corps bases across the world, though a majority of them are stateside. While some are located in exciting places, others are not so great. A number of Marine Corps bases have been deemed awful for reasons ranging from bad management, to insufferable weather, to a lack of activities. Task & Purpose polled more than 1,000 readers to determine which installations are least liked across all the services.

Here are the five worst Marine Corps stations where you can be stationed.

Located in the Mojave region of California, Twentynine Palms’ site claims to be a desert oasis, however, Task & Purpose readers disagree resoundingly. The desert climate brings extremely high temperatures with dry heat, and little grows there. Residents also riff on the name, citing the lack of any palm trees, let alone 29 of them. The housing has been affected, and may appeared worn by the sand. Twentynine Palms is also home to Lake Bandini, which is not actually a body of water, but a pond created from the open sewage from the Combat Center's waste water treatment center. In addition, the nearest cities — Las Vegas and Los Angeles — are at least two to three hours away. Terminal Lance even drew up a comic about how bad it is to be stationed here.

Crosses and flowers lay in front of the Marine Corps Base Camp Lejeune main gate in memorial to the fallen MARSOC Marines.Marine Corps photo by Cpl. Jared Lingafelt

Jacksonville, North Carolina, plays host to Camp Lejeune — home of the II Marine Expeditionary Force. Though residents have reported that the housing is not bad, the management leaves something to be desired. Some people suggest that living off base is better than on post in terms of price. In terms of activities, the social scene caters more to young, single Marines than those with families. Additionally, from the 1950s to the late 1980s, the base had a water contamination scare that the Department of Veterans Affairs is still sorting out.

The main gate of Camp Pendleton. This is the main road for traffic into the base.Marine Corps photo

Camp Pendleton is located in San Diego, California. The area routinely faces intense wildfires that require frequent evacuations. Some people really love it, others hate it — it usually depends on where you’re from originally. Many residents have complained about the medical care system on base as well. Living off post is also wildly expensive because of the popularity of the area among civilians.

Marine Corps Air Station Cherry Point is home to the 2nd Marine Aircraft Wing. Located in Havelock, North Carolina, many residents complain that Cherry Point is essentially bumfuck. Service members and their families alike complain about the lack of anything to do in the area, both on and off base. Additionally, they encourage those who get stationed there to consider living off base as the schools are better and the base itself is small. Many residents complain that the humidity makes the area insufferable.

Located in Washington, D.C., Barracks Row is considered to be one of the worst stations by Task & Purpose readers. Located near Capitol Hill, it is one of the most expensive cities in the country as far as cost of living. The Marines assigned to this post are required to meet strict height, weight, and background check standards, because they perform in parades, funerals, and other ceremonies for presidential and other national dignitaries. In addition, the summers in D.C. are unbearably muggy, as it was built up around a swamp.