The 5 Worst Navy Bases To Be Stationed

The U.S. Navy boasts more than 75 domestic bases. Though they are most always situated on the water, not all... 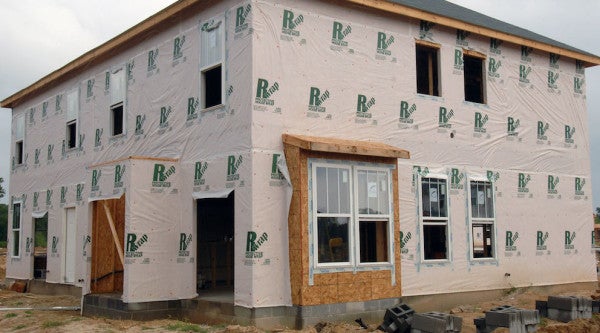 The U.S. Navy boasts more than 75 domestic bases. Though they are most always situated on the water, not all Navy bases have that oceanside charm. Task & Purpose polled more than 1,000 readers to determine which installations are least liked across all the services. The reasons why service members and their families hate housing seem infinite, whether it’s because the housing is trashy, schools are below par, or the weather is downright nasty,

Here are the five worst places to be stationed in the Navy.

An aerial view of Norfolk Naval Station, the largest naval base in the world.Navy photo by Mass Communication Specialist 1st Class Christopher B. Stoltz

Located in southeast Virginia, Norfolk is home to the biggest Navy base in the world. According to Task & Purpose readers, however, it is also the worst Navy base in the world in terms of living. Residents complain that the base housing is trashy, there is too much crime, and the traffic is bad. It’s fairly close to Virginia Beach and Chesapeake, Virginia, but you essentially need to use the highway to get everywhere and anywhere. The overall area is also called Hampton Roads, which encompasses the entirety of the surrounding metropolitan region in southeastern Virginia and northeastern North Carolina. Some people also dislike how “Navy” the area is — suggesting that there is no way to escape because everywhere you look is military. Plus, the whole city essentially sits below sea level, so when it rains, it floods.

Naval Station Great Lakes sits on Lake Michigan in Illinois. Among sailors, it has several different nicknames, including “Great Mistakes.” Residents often complain about the lake-effect weather that causes temperatures to be -19 degrees in January. In addition, a majority of the buildings are from the Cold War era. It’s north of Chicago, but still an hourlong drive away. Residents have also reported that the schools are below par and the cost of living off base is high.

Infamous for the 2013 shooting that left 12 dead, the Navy Yard in Washington, D.C., is not well liked among Task & Purpose readers. However, it was once the location of Military Sealift Command, now Navy Sea Systems Command, Navy Band, and the Naval Historical Center. In addition, D.C. is one of the top three most expensive cities in the country. It’s also very touristy, being in the national capital.

Located in California, Ventura County has three operating facilities — Point Mugu, Port Hueneme, and San Nicolas Island. There is a long history of gang violence in the area. In 2013, it was ranked one of the most smog-polluted areas in the country. However, the weather is always temperate — in case you’re looking for an upside.

Lemoore was the first Navy base chosen to host the F-35; however, Navy families are not interested in being stationed here. Many residents said that living there feels more like living on an overseas base because of its rural location in “the middle of nowhere,” in Kings County, California. Some residents complain that the water smells like sulfur and the air is difficult to breathe. Being that the area is surrounded by farms, many families report that there is a lingering manure odor from local livestock.

Correction: An earlier version of this article said that Navy Yard was home to Naval Criminal Investigative Service Headquarters, which has been moved to Quantico, Virginia (3/22/2016 10:09 am).