Unsung Heroes: This Navy Pilot Sacrificed Himself To Save Crew Members 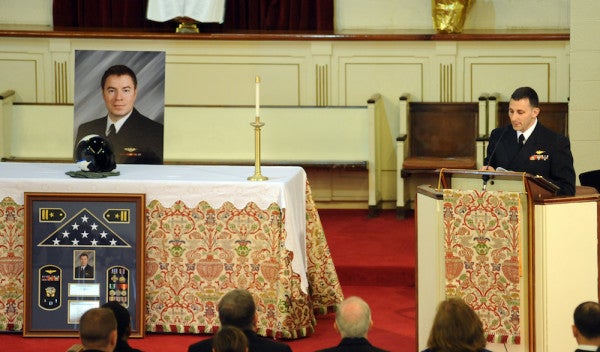 On March 31, 2010, Navy Lt. Miroslav “Steven” Zilberman was co-piloting an E-2C Hawkeye that went down in the Middle East.

The four crew members were en route to the aircraft carrier Dwight D. Eisenhower in the North Arabian Sea after flying a mission in Afghanistan. Along the way, one of the plane’s engines lost oil pressure, leading to it’s failure. Afterwards, one of the propellers couldn't be adjusted to balance the plane, and Zilberman realized there was no way to safely land the aircraft.

Zilberman instructed his co-pilot and the other two crew members to bail out. He manually held the plane steady so they could escape, but he was unable to follow. The plane then crashed into the water.

After three days, the Navy called off search and rescue efforts for the missing Zilberman, and the Department of Defense declared him deceased.

For his heroism, he was awarded the Distinguished Flying Cross — the highest award that can be awarded to an aviator for valorous actions — in addition to the Navy and Marine Corps Commendation Medal and the Air Medal.

“Without his courageous actions, the entire crew would have perished,” according to a citation written by Adm. Gary Roughead, then-chief of naval operations.

Born in Kiev, Ukraine, Zilberman’s family migrated to the United States when he was in middle school. After graduating high school in 1997 in Columbus, Ohio, he enlisted in the Navy.

After serving two years, he was selected for the Seaman to Admiral program, and completed college at Rensselaer Polytechnic Institute in New York.

As a pilot, he was assigned to Carrier Airborne Early Warning Squadron 121, stationed in Norfolk, Virginia.

Zilberman is survived by his parents, his wife Katrina, and their two children.

“Lt. Zilberman was an exceptional Naval Officer and pilot who embodied the best of what America represents,” said then-captain Roy Kelley, who commanded Carrier Air Wing 7 at the time, according to a Navy release.