Clinton And Trump To Participate In First-Ever Veterans Town Hall

On Sept. 7, NBC and MSNBC will televise the first-ever veterans town hall forum. Through the non-partisan, nonprofit veterans empowerment... 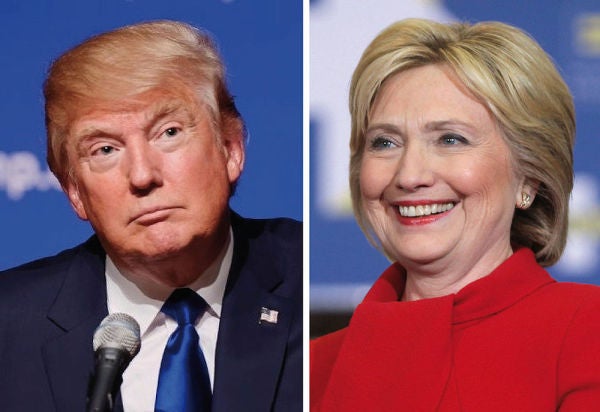 On Sept. 7, NBC and MSNBC will televise the first-ever veterans town hall forum. Through the non-partisan, nonprofit veterans empowerment organization, Iraq and Afghanistan Veterans of America, or IAVA, presidential candidates Hillary Clinton and Donald Trump will face off on veterans issues in New York City.

“IAVA is proud to lead this historic event for our veterans community and all Americans,” founder and CEO of IAVA Paul Rieckhoff said in a press release. “On the cusp of the 15th Anniversary of the 9/11 attacks, New York is a fitting stage to give voice to American veterans and service members that are all too often shut out of our political debate.”

As the candidates’ campaigns enter the final stretch, this event will emphasize the needs of the military community, which many organizations — like IAVA — find are not given the attention they should.

“The quality of the discussion around veterans issues has now reached a long-overdue tipping point. Finally, we'll be able to focus the candidates and the national media on issues like veterans suicide, VA reform, support for women veterans and defending the GI Bill,” Rieckhoff added.

Over the course of their campaigns, Clinton and Trump have both posed plans to reform the Department of Veterans Affairs, with Clinton proposing an overhaul, and Trump offering up a 10-point plan.

Still, there are more issues than just VA reform to take into consideration. And as the town hall gets closer, IAVA will be releasing more specific information regarding the forum.