Here’s Where The 2016 Presidential Candidates Stand On Veterans Issues

As the 2016 presidential candidates ramp up their campaigns, there are a number of hot-button topics being debated. Among them... 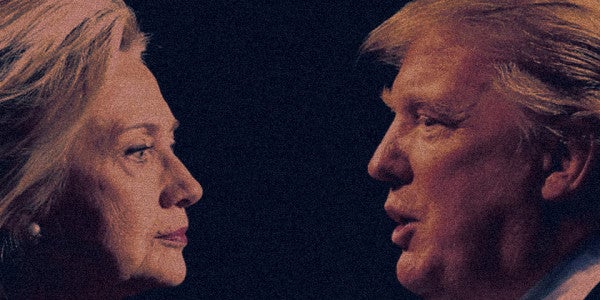 As the 2016 presidential candidates ramp up their campaigns, there are a number of hot-button topics being debated. Among them are veterans’ issues.

Using the Iraq and Afghanistan Veterans of America organization’s annual 11-pointpolicy agenda, Task & Purpose rated the 2016 candidates’ platforms and comments about the most pressing issues facing veterans and their plans to address them.

“Veterans issues continue to get caught in the crosshairs of partisan politics in Washington. As a nonpartisan organization, IAVA calls on the President, Congress, the 2016 Presidential candidates, and all stakeholders to put veterans and their families first,” Paul Rieckhoff, IAVA Founder and CEO said in an email with Task & Purpose.

Though these platforms are not indicative of what will happen when a new president takes office in 2017, they are a relevant starting point for how the candidates view veterans and intend to address their concerns.

There are 11 comprehensive policy areas housed within the agenda, and each candidate’s platform has been ranked in accordance with these points.

Hillary Clinton is the only candidate with a proposed policy plan to combat suicide. All of the other candidates have only briefly mentioned the issue, or not discussed it in any real capacity.

Candidates Jeb Bush, Clinton, Mike Huckabee, and Marco Rubio have made positive comments about the integration of women into the military and include plans to provide services for them. On the other hand, the other candidates’ messages run the gamut from no plans to policies that would prevent women from serving in combat roles. Others like Martin O’Malley and Donald Trump liken equality to the number of gynecologists in VA hospitals.

Bush and Rubio have fleshed out some ideas regarding the preservation of the all-volunteer force through the funding of advanced technology and supporting nonprofit organizations. No other candidates mention this in any real capacity.

Trump intends to “make the VA great again.” Clinton plans to create a number of bureaucratic entities to examine the VA and hold it accountable. Ben Carson, who once worked as a doctor in a VA hospital, believes the VA should be merged with the Defense Department. Regardless of the split views, however, this is the issue most frequently mentioned by the candidates across the board, whether they have developed policies or not.

Many of the candidates support protecting education benefits from for-profit universities. Some, like Clinton and Bernie Sanders, hope to expand the use of Post-9/11 G.I. Bill benefits. Sanders’ platform, however, contains few concrete policy plans. He relies solely on his Senate record as proof that, if elected, he will propose legislation to support veterans.

Clinton supports expansion of the G.I. Bill without real specification. Rubio wants to be the president that advocates for vocational training to be covered by the G.I. Bill. Bush also hopes to expand G.I. Bill money to include small business loans.

A number of Republican candidates are pushing for the privatization of military health care. Carly Fiorina suggested the use of texting apps to streamline VA processes. Rand Paul has been outspoken on his views about legalizing marijuana to treat post-traumatic stress disorder. The Democratic candidates believe the VA should remain the sole provider of veterans’ health care with reparations to outdated practices. Candidates from both parties agree that new technology should be utilized to provide better, more innovative treatment and processes.

O’Malley and Rubio suggest tax relief for military families. Chris Christie has made comments that he hopes to create a support network for them. Clinton intends to increase flexibility in relocation and education benefits, though doesn’t specify a policy plan to do so. A majority of the candidates have not publicly commented about military families, or benefits for spouses and children.

There are very few candidates who mention homeless veterans, and they do not have comprehensive policy plans to tackle the issue at this time.

There are a number of Republican candidates who would like to reinstate the “Don’t Ask, Don’t Tell” policy. Ted Cruz does not believe the military should be a social experiment. On the other hand, Bush, Clinton, O’Malley, and Rubio support a diverse, all-volunteer force.

Similar to the category regarding supporting military families, there has not been much commentary about this issue.

Among the candidates, John Kasich has largely declined to comment about veterans issues. Bush, Clinton, and Rubio have the most comprehensive veterans plans among the candidates. Clinton’s Democratic challenger Sanders does not have policy plans for the future, but rather hopes his prior record will be enough to show veterans where he intends to go. Republican frontrunner Trump has suggested he will “make the VA great again” and “fire the corrupt and incompetent VA executives that let our veterans down,” but has not laid out specific policies.

The candidates have not been pressured in public debates to speak extensively on veterans issues, however, as we get closer to the primaries, the candidates who remain in the race will hopefully fine tune these plans and adjust to create more specific policies.