This Olympian Just Made History, And She Did It With A Shotgun

Kim Rhode broke not one, but two Olympic records this year. When the 37-year old skeet-shooter took home Bronze on... 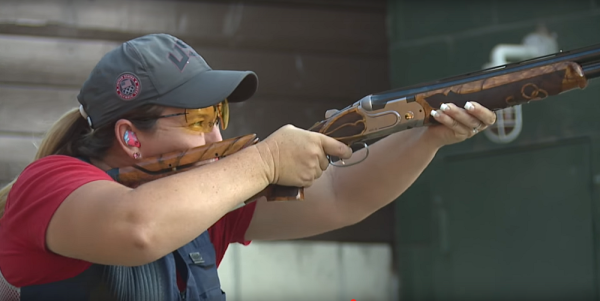 Kim Rhode broke not one, but two Olympic records this year.

When the 37-year old skeet-shooter took home Bronze on Aug. 12, she became the first female Olympian to win a medal six Olympic games in a row and the first ever to win a medal on five continents, reports NBC.

After Rhode won her record-breaking match against China’s Meng Wei, she received a standing ovation from the crowd when the announcer told them she had just made history.

“When you’re in that bronze medal match, and you know you can walk away going for Olympic history or , yes, that was definitely on my mind,” said the California native in an interview with USA Today.

Rhode began shooting at the age of 12, and has built an impressive and storied career as an Olympic shooter, taking home three gold, one silver, and two bronze medals over two decades of shooting in skeet and double trap.