"We are very fortunate to be here to be able to compete." 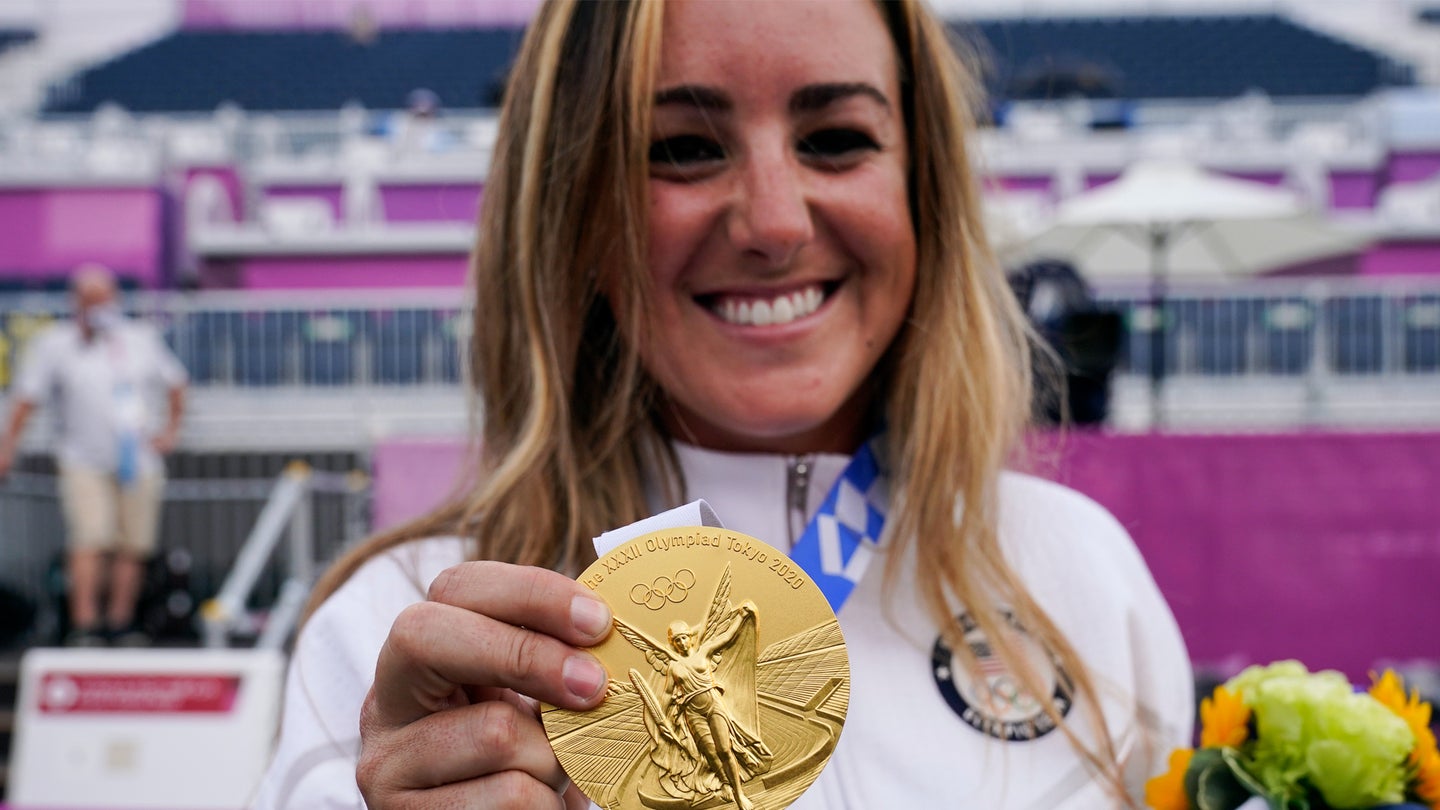 Amber English, of the United States, celebrates taking the gold medal in the women's skeet at the Asaka Shooting Range in the 2020 Summer Olympics, Monday, July 26, 2021, in Tokyo, Japan. (AP Photo/Alex Brandon).
SHARE

A U.S. Army soldier is bringing home a gold medal from this year’s Olympic games.

1st Lt. Amber English broke an Olympic record for women’s skeet shooting at the Tokyo Olympics on Monday and walked away with a gold medal.

English, a logistics officer in the Army Reserve, is one of 17 soldiers competing in this year’s Olympic games in Tokyo, Japan. She earned 56 points during the event on Monday, setting a new Olympic record; according to a release from the Olympics, she is the second American to ever win the women’s skeet shooting event.

This is her first gold medal.

The Olympics taking place this year are the delayed 2020 Olympic games, which were postponed due to the novel coronavirus (COVID-19) pandemic.

English trained for the 2020 Olympics after falling short of making the last summer games in 2016. Military Families Magazine reported that she lost her father, Mike, during the 2016 Olympic trials and ultimately “ended up as an alternate and took some time off.”

While she trained for the 2020 Olympics, she also joined the Army. In 2017, she became a logistics officer and joined the Army Marksmanship Unit at Fort Benning, Georgia.

She told Military Families Magazine that being in the Army has helped teach her how to perform under pressure.

“One of the things I’ve learned since joining the military is that these people that I’m surrounded by, whether they’re shooting or whether deployed, whatever their job is in the military, they still have to figure out how to get the job done,” English said.

Hancock and English have known each other since they were 16, the AP reports, which made their victories that much sweeter.

The Army celebrated English’s win on Monday, with Army Secretary Christine Wormuth tweeting her congratulations: “Your entire @USArmy team is proud of you!”