"Anything can happen in this sport." 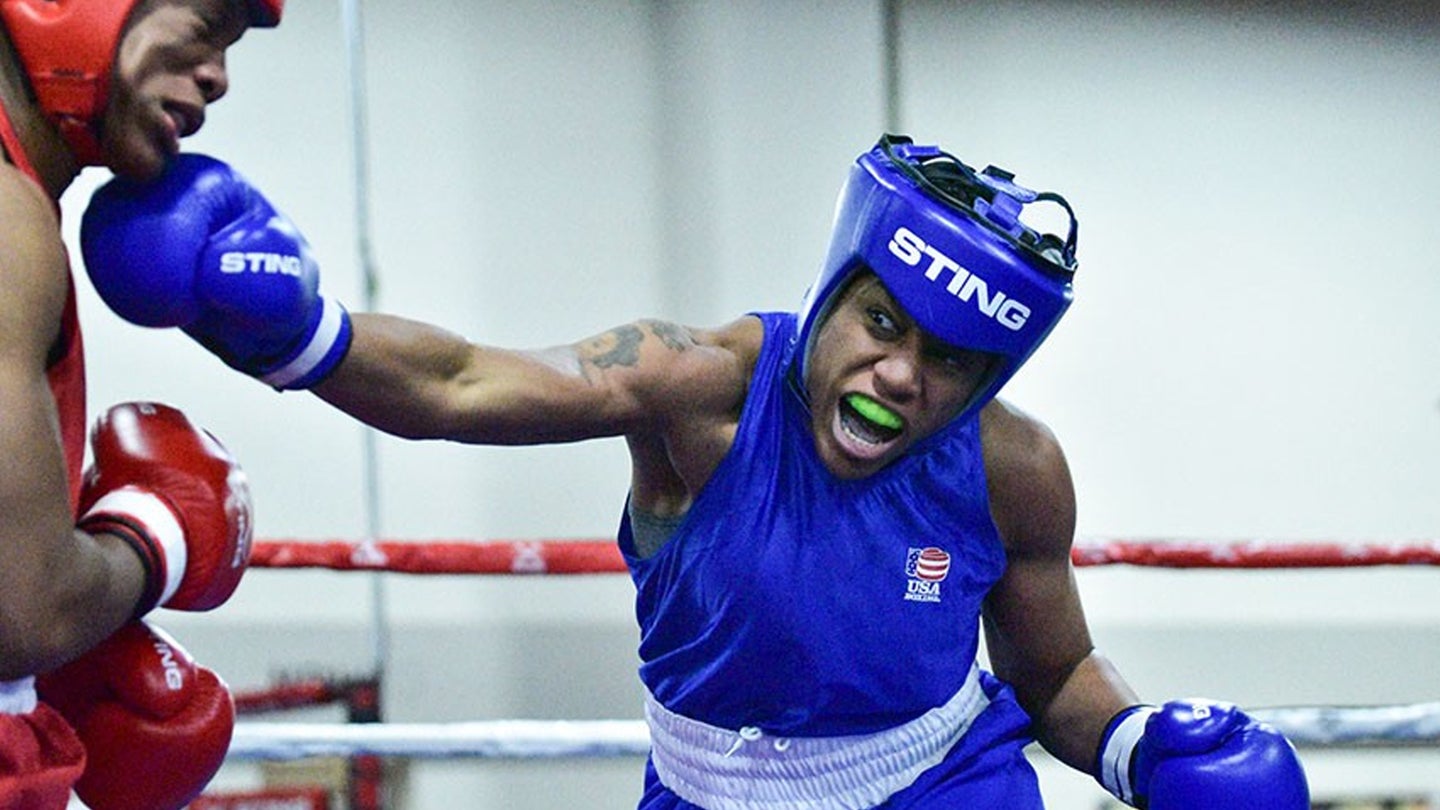 Staff Sgt. Naomi Graham throws a right to the chin of Briana Che during a USA nationals bout the first week of December 2018 in Salt Lake City, Utah. Graham rose through the ranks of USA Boxing after picking up the sport five years ago. (U.S. Army).
SHARE

Twenty soldiers — 17 athletes and three coaches — are heading to Tokyo, Japan, next month to compete on the world stage, where they’ll be representing the U.S. in the Summer Olympics in wrestling, boxing, shooting, and swimming, among other sports.

Many of the soldiers are members of the Army’s World Class Athlete Program, which allows the soldier-athletes to “hone their skills with elite civilian and military coaches at America’s best facilities” and perform at the international level. According to the program’s official website, 446 soldiers have represented the U.S. in the Olympics, and have earned 111 medals. Other soldiers are members of the U.S. Army Marksmanship Unit, which breaks into five competitive shooting sections including the service rifle, action shooting, international rifle, service pistol, and shotgun teams.

The 2020 Olympics were delayed last year due to the novel coronavirus (COVID-19) pandemic, and will begin this year on July 23.

Sgt. Ildar Hafizov and Spc. Alejandro Sancho, who are competing in wrestling, earned their spots on the U.S. Wrestling Olympic Team in April. Hafizov is a former Uzbekistan Olympian;. it’s also marks his second attempt to make the U.S. Olympic team after trying out in 2016, but falling just short. This year’s Olympic games will be Sancho’s first time competing.

“Anything can happen in this sport,” Sancho said in an Army news release.

Staff Sgt. Naomi Graham, an ammunition specialist from Fayetteville, N.C., will be the first female active duty soldier to compete with USA Boxing at the Olympics, according to Team USA. Graham, who joined the Army in 2013, told People Magazine that she “never would’ve imagined” she’d be representing the Army and Team USA.

“I knew I had a passion for boxing,” Graham told People. “There was something about the sport that was pulling me, that I felt like I was supposed to be there.”

This year’s Olympics is the second round for 1st Lt. Amber English, a logistics officer in the Army Reserve who is competing in skeet shooting. According to Military Families Magazine, English was “geared up to make the ‘16 team” when she lost her father during the 2016 Olympic trials, and decided to take time off after becoming an alternate. She joined the military in 2017 and became a member of the Army Marksmanship Unit at Fort Benning, Georgia.

“I know I’m capable of it,” English told the Military Families Magazine. “And I’m surrounded by enough people to have that support to go get it done. They’ve pushed me daily to be in that environment.”

The three coaches are just as ecstatic to be heading to Tokyo. Staff Sgt. Spencer Mango — a two-time Olympian himself, according to the Army — called it a “tremendous honor” and a “once-in-a-lifetime opportunity” to be a coach for the U.S. Wrestling Olympic Team.

“It is an awesome opportunity to help them on their journey to becoming Olympic medalists,” he said.

Update: This story has been updated to include Sgt. Philip Jungman, Spc. Alison Weisz, Spc. Sagen Maddalena, Sgt. Patrick Sunderman, and 1st Lt. Sam Kendricks in the list of soldiers representing the Army in the Summer Olympics.