The Army will pay some soldiers up to $81,000 to reenlist

The hope is to incentivize those in more specialized fields, like cyber and intelligence, to stick around. 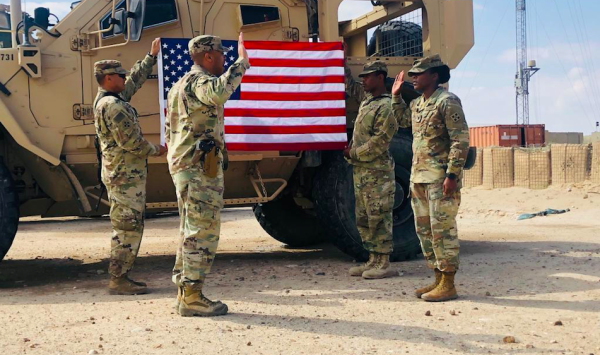 The Army is now offering re-enlistment bonuses up to $81,000, and increasing bonuses across the board — some by more than $10,000.

Leadership has long said that when it comes to force levels, retention isn't the problem. But the service is focused on keeping people around in certain job fields, such as cyber, intelligence, and special forces, senior Army counselor Sgt. Maj. Mark Thompson said in the Army's press release.

This newest announcement follows a number of other bonus messaging released by the Army this year. The bonuses vary based on a soldier's MOS, rank, and length of time they'll be re-enlisting. Soldiers who reclassify into a new job will get their bonus after they've completed their training, per the Army's release.

Previously, a sergeant with a job in tier 10 — cryptologic linguists, cryptologic cyberspace intelligence collectors, cyber operations specialists — could earn a re-enlistment bonus of $64,200 for a five year commitment, and now can earn $72,000. On the lower end of the scale, a sergeant in tier 2 — satellite communication systems operator-maintainers, signals intelligence analysts, parachute riggers — earned $6,100 for a five-year commitment under the previous guidance, and can receive a bonus for $7,800.

But some bonus offers are decreasing for short-term commitments, with the hope of incentivizing soldiers to sign on for a longer amount of time. For example, staff sergeants in tier 3 would get a $2,900 bonus for a one-year commitment and $8,800 for five years under the old guidance, but now will receive $1,600 for one year and $11,200 for five years.

“The chief of staff's No. 1 priority is people, and we are investing in that priority,” Thompson said in the release.