After a string of suicides, the Army’s remote Alaska post is working to improve conditions for soldiers

A study found that 10% of 4,000 surveyed soldiers "wanted to hurt themselves over the past month." 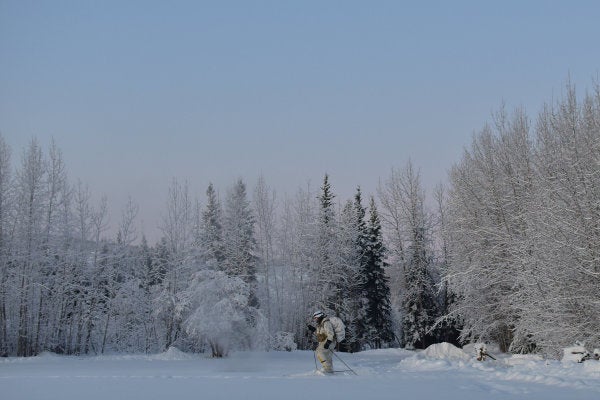 Army leadership at Fort Wainwright in Fairbanks, Alaska, are making a number of changes in hopes of increasing morale and improving the quality of life for soldiers stationed at one of the service's most remote posts, according to an Army Times report.

Rep. Don Young (R-Alaska) requested in March this year that the a team from Army Medical Command be sent to Wainwright following a string of suicides from 2018 to 2019. The behavioral health epidemiological consultation (EPICON) put together a report that identified a number of contributing factors to suicide at the Alaska base. According to the Fairbanks NBC affiliate KTVF, which obtained findings in the report, there were nine suicides from May 2018 to October 2019.

The study also found that 10% of the 4,000 soldiers surveyed by the medical professionals “wanted to hurt themselves over the past month,” per Army Times.

The behavioral health team was unable to pinpoint “definitive reasons for why soldiers die by suicide,” KTVF reported the study as saying, though they did identify factors that could be contributing to suicidal thoughts, including the remoteness of the base; loneliness; hazardous drinking; minimal food options; and more.

Soldiers also reported poor sleep quality because of the almost-constant daylight during the summer in Alaska, Army Times reports. One said it felt like living in “an echo chamber” because of how far the base was from the nearest big city, Anchorage.

Maj. Gen. Peter Andrysiak, commander of Army Alaska, told Army Times that the cause for suicide at Fort Wainwright are similar to the factors in other parts of the Army.

“The suicides that we have, they're no different from the rest of the Army in terms of the reasons,” he said. “What is different is the numbers … the numbers being north in Alaska.”

In an effort to help improve conditions for soldiers, the Army is taking a variety of steps to make changes for soldiers. Wainwright will see black-out curtains installed by May 2020; soldiers will be able to receive vitamin D tablets from on-post medical facilities; one of the gyms on post is now open 24 hours a day. Command is also trying to have more “predictable” block leave, and has instituted “Arctic Family Time” on the last duty day of the second and fourth weeks every month, where soldiers are released at 3 p.m.

Andrysiak told Army Times that service leadership is “committed” to improving the quality of life at Wainwright, and that senior leadership has been “very responsive” to their needs.

“It's a great place to live and up there, there are a lot of opportunities,” he said. “We just have to make sure that is known.”