"Alcohol appears to be a factor." 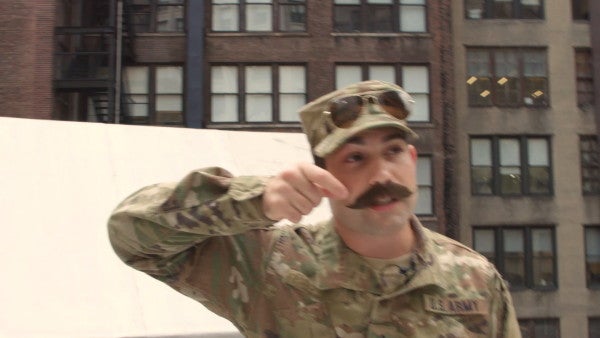 An Alaska-based soldier will most likely have a few bucks taken out of next month's paycheck.

Just after midnight on Sunday, the off-duty soldier drove his truck straight into the welcome sign of Fort Wainwright in Fairbanks, Fort Wainwright spokeswoman Eve Baker said in a press release.

You truly hate to see it.

“Security personnel on duty at the gate responded immediately to render aid to the sole occupant of the vehicle,” Baker said in a statement.

“The driver was transported to Bassett Army Community Hospital for treatment of minor injuries and has been turned over to his unit.”

As can be expected, the good folks at Army Reddit had a fucking field day with this.

“Well of course the sign got hit. It wasn't wearing a PT belt,” wrote another.

In the least surprising turn of this entire ordeal, Baker said that alcohol is “considered to be a factor,” and that the incident is under investigation.

This is a separate incident from another Fort Wainwright man who was arrested early Saturday morning after leading state troopers on a high-speed chase around Fairbanks, who was later charged with a DUI and four counts of reckless endangerment for each of the minors in his car at the time, and more.

Don't drink and drive, y'all.