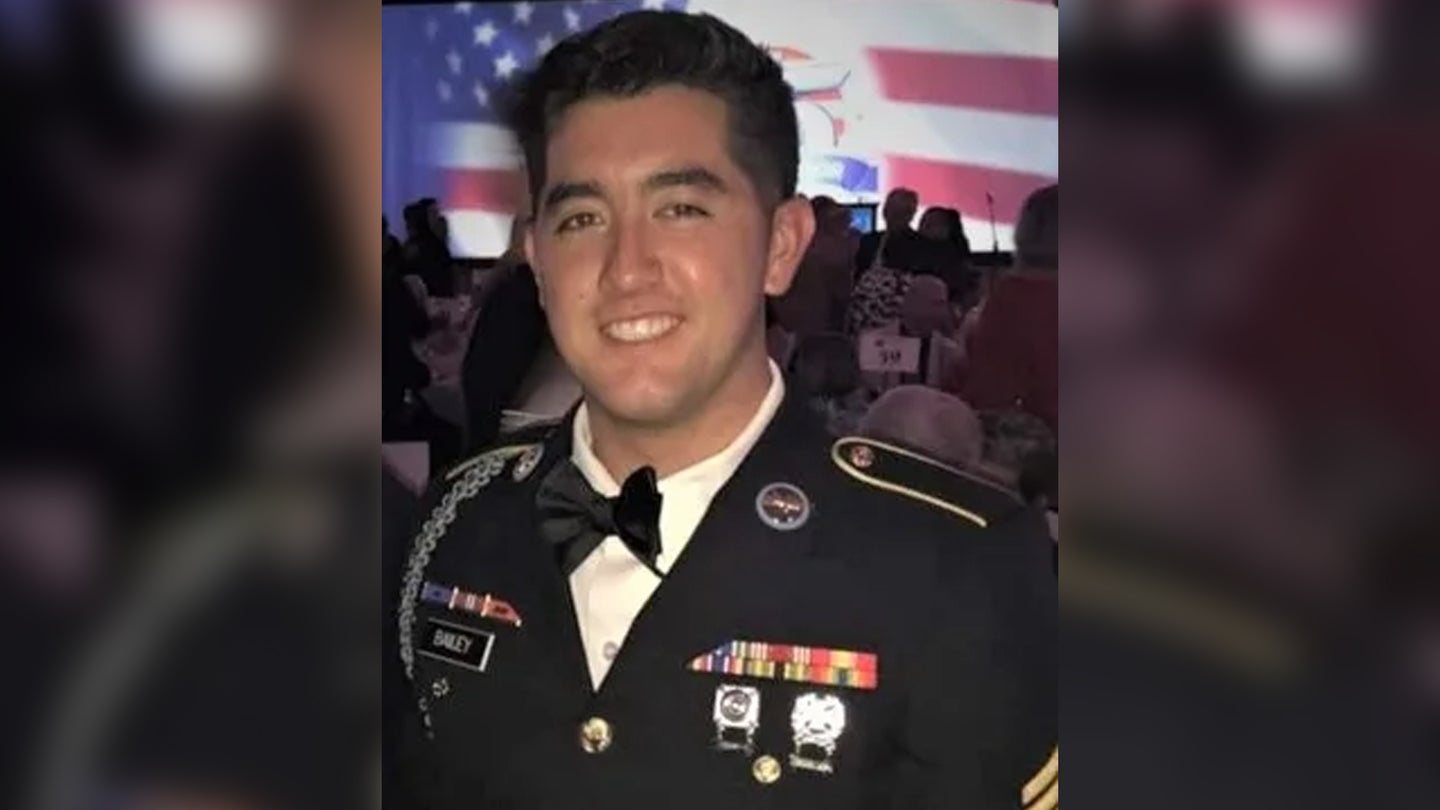 Bailey, a 27-year-old indirect fire infantryman from Haiku, Hawaii, was pronounced dead by emergency services personnel in his on-post residence on Jan. 14, Army officials said. While the circumstances surrounding his death are under investigation, his father Matt Bailey said his son died by suicide.

“Johnny’s demons overcame him and … they became too much for him to bear and he took his own life,” Bailey wrote on his Facebook page, according to KITV Island News. “Reach out to your loved ones — military or not. Let them know that they don’t have to carry their burdens alone. If in the military, tell them that it’s not a weakness to ask for help.

“John’s friends and family have been shattered by his death,” Bailey added. “Nothing will ever make that pain go away, but if by talking about it we can prevent even one unnecessary death, it might lessen it a bit.”

Staff Sgt. Bailey joined the Army in Jan. 2013 and arrived in March 2019 at Fort Bliss, which was his third duty station. He was the fire direction chief for Headquarters and Headquarters Co., 4th Battalion, 70th Armored Regiment, 1st Armored Brigade Combat Team.

“We are deeply saddened about the loss of such a bright and talented NCO”, said Capt. Kristopher Italiano, Bailey’s company commander. “Staff Sgt. Bailey was above all else, a genuine and incredibly caring person. He was a member of our family. His kindness and compassion toward his fellow Soldiers extended well beyond the scope of his daily duties as a mortar platoon sergeant.”

Related: I struggled with thoughts of suicide. Vulnerability and connection kept me alive

“In the face of additional stress of a pandemic, we are working to improve access to behavioral health care while enhancing our resilience training and stigma reduction efforts,” senior Army leaders said in October amid the release of the service’s 2019 annual suicide report. “There is no single explanation for suicide, but the loss of even one Soldier to suicide is too great. We will continue to look hard at ways we can promote a culture of resilience and increase help-seeking behaviors.”

Bailey is the second soldier to die at Fort Bliss in the past month. Pfc. Asia Graham, a 19-year-old human resources specialist, died on New Year’s Eve. Her death remains under investigation.