US Army Paratrooper Killed In Action Near Mosul Identified

The Department of Defense has identified the U.S. Army soldier killed in Iraq over the weekend as First Lt. Weston... 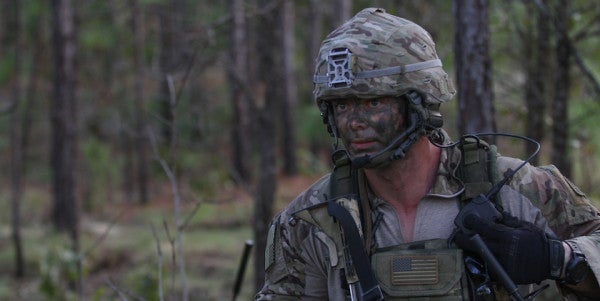 The Department of Defense has identified the U.S. Army soldier killed in Iraq over the weekend as First Lt. Weston Lee, a 25-year-old infantry platoon leader with the 82nd Airborne Division’s 2nd Brigade Combat.

Army Times reports that Lee died from wounds caused by an improvised explosive device that detonated during a patrol on the outskirts of Mosul. Pentagon officials say the incident is still under investigation.

Lee’s death marks the first time an 82nd Airborne paratrooper has been killed in combat since 2014, reports The Fayetteville Observer. He was also the first member of the division killed in Iraq since 2011, the year the U.S. formally withdrew all combat troops from the country.

There are currently more than 1,800 soldiers serving in Iraq with the 2nd Brigade Combat Team. The brigade began deploying to Iraq from Fort Bragg, North Carolina in December 2016 and assumed responsibility of the advise and assist mission in the country in January.

Lee’s death brings the total number of U.S. service members killed in action while deployed in support of Operation Inherent Resolve, the multinational campaign to degrade and destroy ISIS in Iraq and Syria, to 10. Coalition soldiers are currently working with Iraqi security forces to liberate the fortified city of Mosul, which was captured by ISIS in 2014.

Lee, a native of Georgia who joined the Army in March 2015, was killed “while conducting security as part of advise and assist support to partnered forces,” according to a DoD press release. He was assigned to 2nd Brigade's 1st Battalion, 325th Infantry Regiment. It was his first combat deployment.

“He was exactly the type of leader that our paratroopers deserve,” Col. J. Patrick Work, the 2nd Brigade commander, wrote in a statement to reporters. “Our sincere condolences and prayers are with his family and friends during this difficult time.”