US Service Member Killed, Others Wounded In Eastern Afghanistan

An American service member was killed on Aug. 17 during a joint operation in eastern Afghanistan that also left an... 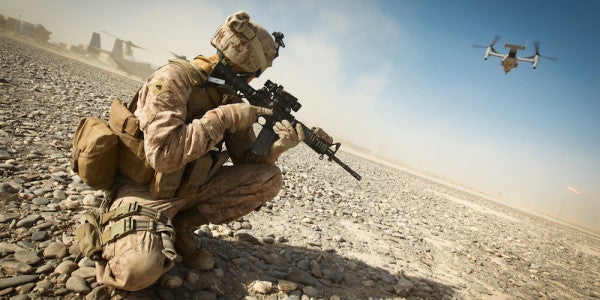 An American service member was killed on Aug. 17 during a joint operation in eastern Afghanistan that also left an unknown number of U.S. and Afghan troops wounded, according to United States Forces-Afghanistan.

The fallen service member’s identity has not yet been released, nor have any details regarding the unit they belong to. But USFOR-A said in a statement that the incident occurred while U.S. and Afghan forces were conducting an operation “aimed at further reducing Islamic State of Iraq and Syria-Khorasan,” or ISIS-K, presence in Afghanistan.

While the bulk of the roughly 8,400 U.S. troops currently deployed to Afghanistan are focused on training and advising Afghan government forces battling the Taliban, a small contingent of American special operators have been waging a counterterrorism campaign in the mountains of eastern Afghanistan, where ISIS-K is entrenched.

The latest death brings the number of American service members killed while involved in the fight against ISIS-K this year to seven, and the total for U.S. troops killed in action in Afghanistan this year to 10. On Aug. 2, two American soldiers with the 82nd Airborne Division died after their convoy was struck by a vehicle-borne improvised explosive device.

USFOR said in a statement that efforts to notify the deceased service member’s next of kin are underway and wounded military personnel have been medically evacuated for treatment.