US Service Member Killed In Explosion Fighting ISIS Near Mosul

A U.S. service member has died just outside the northern city of Mosul, Iraq, a spokesman for Operation Inherent Resolve... 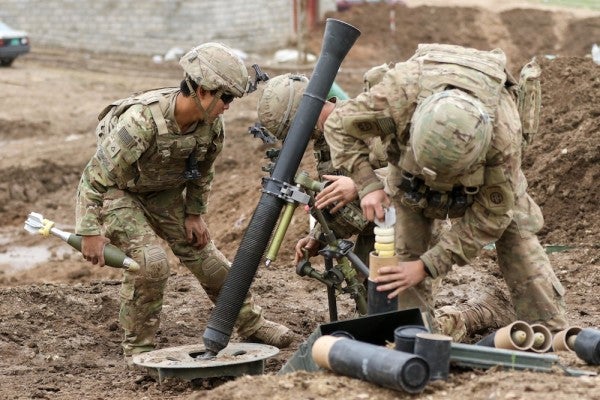 A U.S. service member has died just outside the northern city of Mosul, Iraq, a spokesman for Operation Inherent Resolve told Reuters.

The unidentified servicemember succumbed to wounds inflicted by an explosive device. The Pentagon declined to provide further details at this time, according to Military Times.

Iraqi security forces have been locked in a bloody siege to retake the strategically important city for more than six months, with some 500 American troops providing logistical and special operations support.

Saturday's death marks the second American military fatality since the operation began in October 2016 and the fifth combat death in Iraq since the U.S. initiated airstrikes against ISIS in August 2014.

The news follows the deaths of two Army Rangers were killed in a firefight with ISIS forces in the eastern Nangarhar province of Afghanistan.

The Pentagon is investigating the incident for the possibility of 'friendly fire,' an allegation Rangers with knowledge of the battle vehemently reject.

According to the Associated Press, the are now more U.S. combat forces in Iraq than any time since the official U.S. withdrawal from the country in 2011.