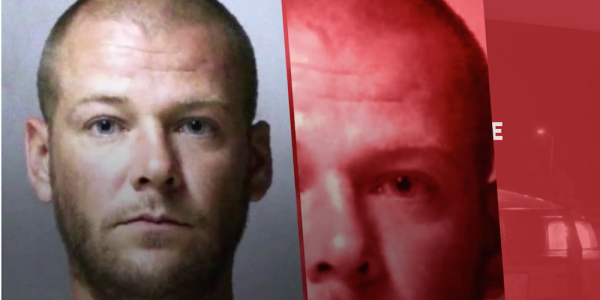 While the killing has brought shock and grief to the military community, Walters, an infantryman who was stationed at Fort Drum, had a troubled childhood and a juvenile record despite serving in the Army for 10 years — something the Army either excused or missed, according to local New York news site Syracuse.com.

When he was 15 and living in Michigan, Walters made a plan with a fellow student to kill minorities at his middle school. In an Ottawa County Family Court, he pleaded guilty to conspiracy to carry a dangerous weapon after police received a tip that he and classmate John Beyrle were going to murder students and then commit suicide, according to records from the Ottawa County sheriff's office from November 1999.

Under normal circumstances, this criminal record would have prevented Walters from joining the armed forces. But he enlisted in the Army in March 2007, during a period when the service lowered its standards to recruit higher volumes of soldiers and fill ranks — at the peak of the Iraq War surge. “The number of incoming soldiers with prior felony arrests or convictions has more than tripled in the past five years. This year alone, the Army accepted an estimated 8,000 recruits with rap sheets,” CBS News reported in 2007.

As a result, the Army issued thousands of enlistment waivers for recruits with shady pasts.

U.S. Army Recruiting Command told Syracuse.com that federal privacy laws keep it from sharing records that could confirm or deny whether anyone knew of Walters' criminal past or if he was among the thousands that had obtained waivers to enlist.

Walters, 32, has been formally charged with two counts of murder.

This case calls into question the problem the Army had, and continues to have, with issues of misconduct.

Walters isn’t the only soldier waived into the Army who then went on to commit a serious crime in uniform. In 2008, Bowe Bergdahl enlisted into the Army as an infantryman; however, two years prior he had been kicked out of Coast Guard basic training for psychological reasons. The Army medically waived him into service anyway. A year later, Bergdahl would walk off an outpost in Afghanistan and get captured by the Haqqani network, leading to several weeks of failed search-and-rescue operations by U.S. troops throughout the country.

Bergdahl was released in a high-profile prisoner exchange in 2014, and remains on active duty while he awaits trial for desertion and misbehavior before the enemy. In 2016, it was revealed that Bergdahl was diagnosed with schizotypal personality disorder, a disorder that typically would prevent someone from enlisting in the armed forces.

Today, the Army no longer recruits men and women with felony convictions or arrests, and all the military branches have taken steps to perform more thorough psychological testing during recruitment.

And in fiscal year 2016, fewer than 1300 criminal waivers were accepted, Kelli Bland, spokesperson for the Army Recruitment Command, told Syracuse.com.

Still given that 71% of Americans are ineligible for military service, it’s concerning to think that the Army could return to this practice if and when it faces another sudden need to boost numbers within its ranks.