There was no immediate claim of responsibility for the blasts. 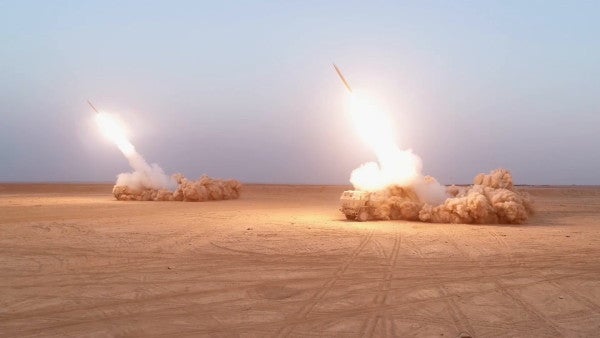 BAGHDAD (Reuters) – Two rockets were fired on Monday at central Baghdad's fortified Green Zone, which houses foreign embassies and government buildings, but there were no casualties or damage caused, security services said.

There was no immediate claim of responsibility for the blasts. One rocket exploded inside the Green Zone and another landed in the Tigris river, a statement from Iraqi security services said.

A rocket fired from eastern Baghdad landed in the area in May, close to the U.S. embassy, and was also not claimed. Such incidents have been rare but sporadic in the Iraqi capital in recent years.

Iraq, whose main allies are Washington and Tehran, fears it could be caught in the middle of any regional conflict between Iran and the United States. It hosts both U.S. troops and paramilitary groups loyal to Tehran.

The United States has blamed Iran for recent attacks including on oil installations in Saudi Arabia this month, which Iran denies. Both countries say they do not want war.