This Iraqi translator risked his life for US troops. Now, he’s one of them

Army Staff Sgt. Ahmed lives in California, and serves with the Active Guard Reserve. But he didn't come into service... 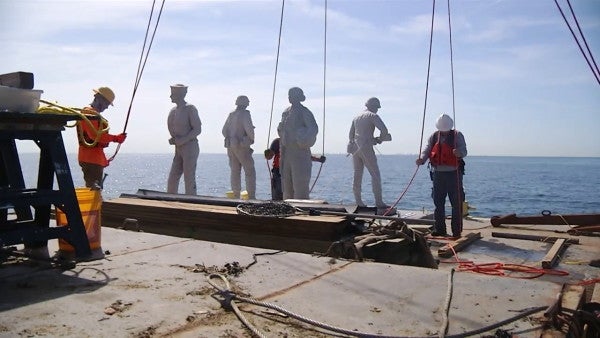 Army Staff Sgt. Ahmed lives in California, and serves with the Active Guard Reserve. But he didn't come into service the same way his colleagues did — he started as a translator in Iraq, for American troops.

Ahmed — whose name was changed in an Army press release to protect his identity — served as a translator with the 1st Battalion “Bandits,” 37th Armored Regiment, 2nd Armored Brigade Combat Team, 1st Armored Division in 2003. Shortly after he started working as a translator, however, he began to accompany infantry troops on raids and night missions in Baghdad.

“I began to see the Army as a melting pot,” Ahmed told current soldiers with the 1-37 AR, 2nd ABCT on September 11 at Fort Bliss, Texas. “There was so much diversity and different nationalities, and yet they fought together, they served together and they mourned together. Although I was from a different culture, they trained me and respected my background and ethnicity.

“As my role as their translator increased, so did our brotherhood.”

The mission that sticks with him, he said, is the Bandits' final ambush toward Fallujah. It was there, Ahmed said, he lost his “best friend” — Sgt. Scott Larson, a 22-year-old soldier who was killed when his convoy was ambushed. Afterwards, though the Bandits had their deployment extended, soldiers all signed and presented an American flag to Ahmed as a sign of their friendship.

In 2005, Ahmed decided he wanted to take his U.S. flag back to Baghdad — he “protected the flag with two heavy-duty plastic bags and then hid it inside a gym bag.” He took the bus, but while the bus approached an anti-American checkpoint, he knew he had to hide the flag, or risk losing his life.

“In a panic, he decided to descend the bus and walk off the freeway,” the Army release says. “He continued walking until he got to a residential neighborhood. He then quickly buried the bag using old-rusty tin can as a shovel.”

Ahmed moved to the United States in 2008, and now serves in the California Guard.

Years later, in 2016, his parents were planning to travel from Iraq to the U.S. to visit him. Before they left, Ahmed called his father — he knew exactly where he had buried the flag he treasured so much, and asked him to bring it with him to America, which he did.

“When my father told me he had located the flag,” Ahmed told the soldiers at Fort Bliss. “A part of me was alive again.”