An investigation is underway. 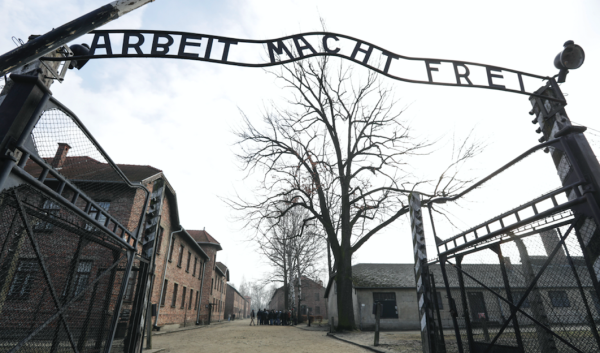 An investigation is underway after an Army recruiting company commander in Houston, Texas, issued a memo that included a phrase used by Nazis and displayed in death camps during World War II, “Arbeit Macht Frei,” which roughly translates to “work sets you free.”

.@USArmy Recruiting Battalion Houston is probably going to have a rough Thursday morning. I’m sure @HolocaustMuseum may have some thoughts on this one. pic.twitter.com/ctYAwtZ4Zf

Kelli Bland, director of public affairs for U.S. Army Recruiting Command, told Task & Purpose in a statement that they are aware of the memo, and that the commander of the recruiting company has been suspended, pending an investigation into the issue.

It's unclear which recruiting company was involved.

“Army recruiting leaders will take appropriate action once the investigation is complete and all facts are known,” Bland said. “When an individual enters into the military, they are held to high moral and ethical standards — Soldiers who choose not to live up to our values will be held accountable for their actions.”

As referenced in the tweet shared by Newsweek's James LaPorta, the Army's Houston Recruiting Battalion has been in the news before, after four recruiters committed suicide in three years, prompting an investigation by the service.

As NPR reported in 2009, the stress of meeting their monthly quota of recruitments, combined with personal stresses and long workdays could result in “a potentially toxic cocktail.”

The phrase “Arbeit Macht Frei” was prominently displayed at concentration camps such as Auschwitz and Dachau.