A bilateral U.S.-Taliban agreement will cover the withdrawal of foreign forces in exchange for guarantees by the Taliban not to harbor terrorist groups 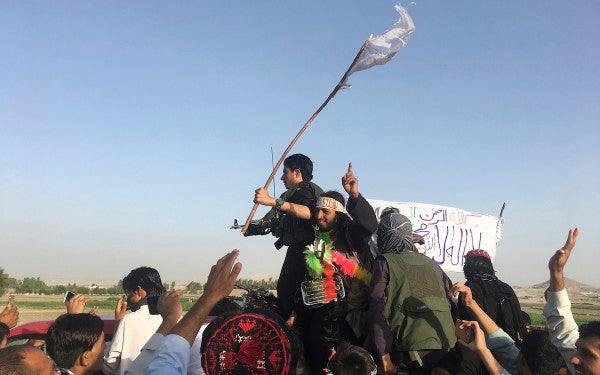 The U.S. peace envoy seeking to negotiate an end to the nearly 18-year war in Afghanistan said Washington was ready to sign a “good agreement” with the Taliban.

Zalmay Khalilzad's remarks came as U.S. and Taliban negotiators met on August 3 in the Qatari capital Doha for an eighth round of peace talks.

A bilateral U.S.-Taliban agreement will cover the withdrawal of foreign forces in exchange for guarantees by the Taliban not to harbor terrorist groups.

That deal will be a prelude to intra-Afghan peace negotiations on a political settlement and a permanent cease-fire.

“The Taliban are signaling they would like to conclude an agreement,” Khalilzad wrote on Twitter late August 2. “We are ready for a good agreement.”

Taliban spokesman Zabihullah Mujahid said there was “hope that a solution may get finalized in this round,” adding that some outstanding details remain.

Many Afghans fear a deal on a foreign troop withdrawal will weaken their bargaining power with the militant group, which aims to reestablish an Islamic emirate to replace an elected government it dismisses as puppets of the West.

The Taliban has said it will only negotiate with the Western-backed Kabul government when Washington commits to withdrawing its troops.

U.S. President Donald Trump said on August 3 that there has been “a lot of progress” in peace talks with the Taliban, but again warned that the United States “could win Afghanistan in two days or three days or four days, but I'm not looking to kill 10 million people.”

He made a similar comment in July, which angered the Afghan government.

Trump was vague in answering a question about reports in the U.S. media on a deal being brokered in which the United States would cut troop levels in Afghanistan to as low as 8,000 from the current 14,000.

Trump did not cite a specific number but told reporters that “we're reducing it.”

Trump has told aides that he wants to pull all U.S. troops out of Afghanistan before the presidential election in November 2020, U.S. news agencies reported on August 2, citing unnamed current and former administration officials.

Washington has said it wants a peace deal finalized with the Taliban by September 1.

Later on August 2, NBC News reported that presidential advisers are scrambling to meet Trump's election-year deadline to withdraw all troops.

A Pentagon spokesman declined to comment on military planning but said U.S. troop levels in Afghanistan are based on conditions on the ground.