U.S. Army Spc. Tevin Biles-Thomas, the brother of Olympic gold medalist Simone Biles and an active duty soldier, was arrested on Thursday over a New Year's Eve shooting in which three people were killed and two were injured 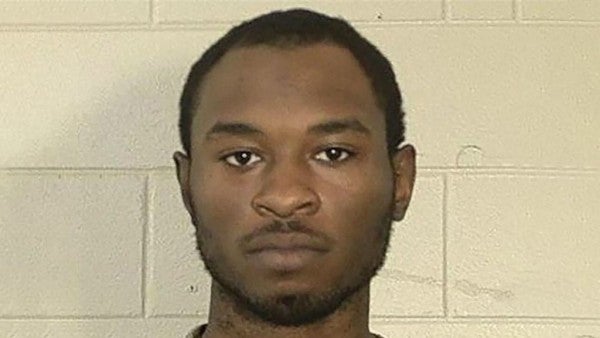 U.S. Army Spc. Tevin Biles-Thomas, the brother of Olympic gold medalist Simone Biles and an active duty soldier, was arrested on Thursday over a New Year's Eve shooting in which three people were killed and two were injured.

Biles-Thomas, a 24-year-old cannon crew member with the 3rd Infantry Division, was arrested at Fort Stewart, NBC reported for the shooting that occurred at an Airbnb on December 31, 2018, according to a joint statement from the Cleveland Division of Police and the Cuyahoga County Prosecutor's Office.

A fight broke out after an “uninvited group” walked into the house, leading to gunfire, according to the joint statement. Three men — Delvante Johnson, 19; Toshaun Banks, 21; and Devaughn Gibson, 23 — were killed and two others were injured.

“The investigators within the Cleveland Police Homicide Unit remained committed to securing an arrest in this tragic case,” Cleveland Division of Police Chief Calvin Williams said in the statement. “We appreciate our partnerships with the Cuyahoga Country Prosecutor's Office and are confident that their efforts will bring justice for the families affected by this terrible incident.”

Biles-Thomas has been charged with six counts of murder, three counts of voluntary manslaughter, five counts of felonious assault and one count of perjury, according to the joint statement.

Chris Fletcher, director of public affairs at Fort Stewart, told Task & Purpose that Army officials are aware of the arrest and the allegations and are cooperating with authorities while the case is under investigation.

Biles-Thomas joined the Army in 2014 and deployed to Korea for a rotational deployment in 2018, Fletcher said.

Chris Grey, chief of public affairs at U.S. Army Criminal Investigation Command, directed questions to the Cleveland Police Department's Homicide Division, which has taken the lead in investigating the case.

Biles-Thomas' arraignment is scheduled for September 13 in Cleveland.