They face a maximum sentence of life in prison if convicted. 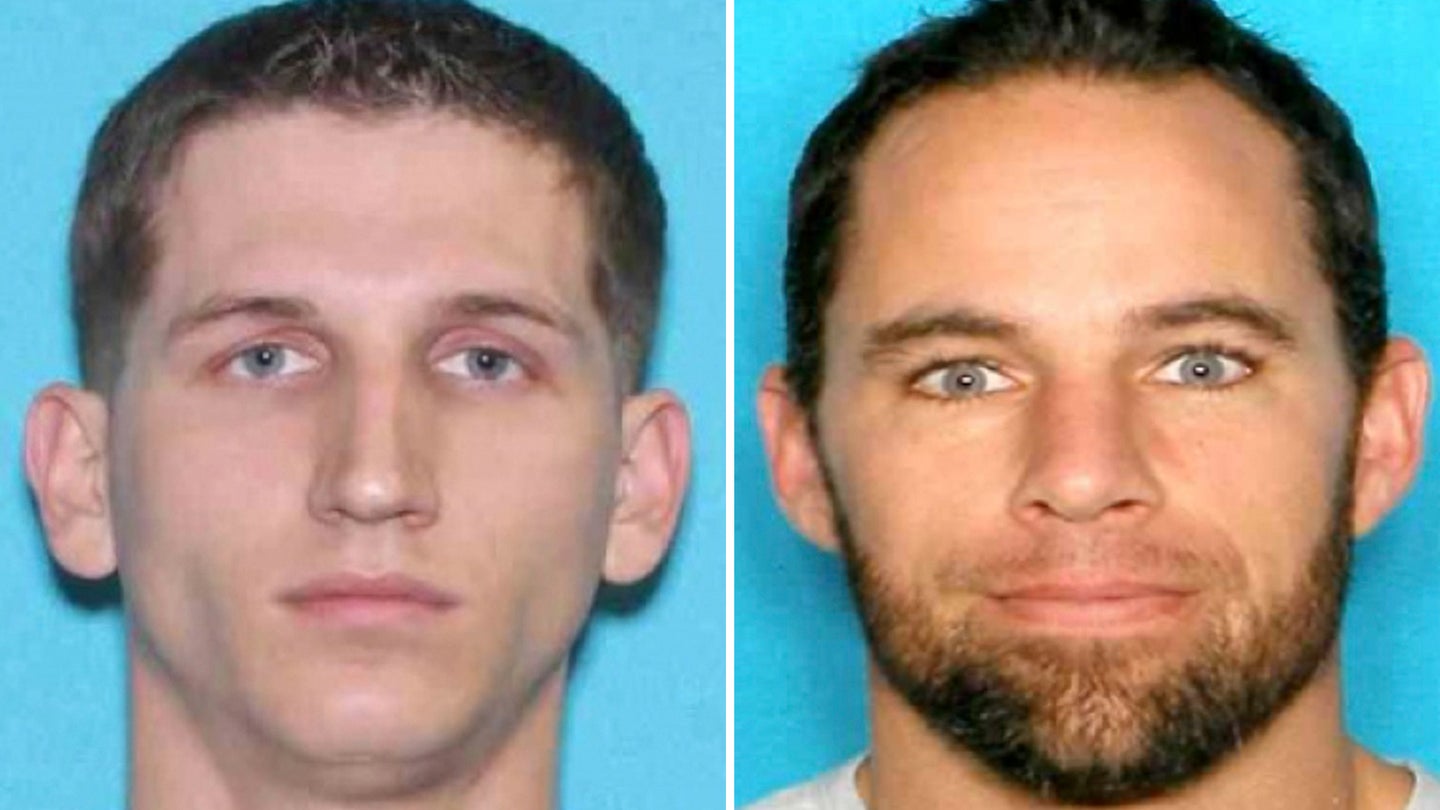 Adam Carey (left) and Bryon Brockway (right) are both former sergeants in the Marine Corps. They were arrested on Dec. 10, 2021 in connection with the deaths of Holly Williams and her boyfriend William Lanway on March 12, 2020.
SHARE

The Marine Corps has released the service records of two former special operators who are accused of taking part in a kidnapping and murder scheme that eerily resembled a military operation.

Federal prosecutors accuse Bryon Brockway and Adam Carey of being part of a plot to kill a man and woman at the behest of Erik Charles Maund, a partner in an automotive group based in Austin. In a federal indictment, the victims are referred to by their initials: H.W. and W.L. The Nashville Police Department has identified them as Holly Williams, 33, and her boyfriend William Lanway, 36.

Brockway, Carey, and a third man, Gilad Peled, were allegedly paid $750,000 after Williams and Lanway were killed, according to the indictment. Peled claims to be a former member of the Israeli Defense Forces and Mossad, Israel’s intelligence service.

Brockway, 46, served on active-duty from May 1995 until February 2000, and then he served in the Marine Corps Reserve from July 2000 until October 2006, according to Manpower & Reserve Affairs. His last assignment was with 4th Force Reconnaissance Company, 4th Marine Corps Division, in Reno, Nevada. Force Recon is a special operations capable unit that focuses on direct action and is often attached to Marine Expeditionary Units.

During his time in the Marine Corps, Brockway served as an anti-tank assault guided missileman, Reconnaissance Marine, and combat diver, but his record does not show that he ever deployed. He left the Corps as a sergeant.

Carey, 30, served as an infantry assault Marine and critical skills operator from February 2009 until May 2017, according to his service record. He deployed to Afghanistan from July 2010 until February 2011 and then again from February to May 2013.

On Tuesday, Connecting Vets published an article by Jack Murphy that cited an unnamed source who claimed that both Brockway and Peled served as contractors with the CIA’s Global Response Staff, which provides security for intelligence officers around the world. The story added that Peled’s claims of serving in the IDF was a cover.

A spokesman for the U.S. Attorney for the Middle District of Tennessee was unable to confirm whether Brockway and Peled had worked for the CIA.

Carey is accused of conducting surveillance of Williams and Lanway in Nashville and using Pinger, a messaging service, to try to communicate with them, according to the indictment.

The indictment lays out how Carey, and Brockway allegedly approached the plot as if they had been assigned a mission by their commanding officers. Federal prosecutors claim that an unnamed relative of Brockway who worked at a security company allegedly provided Peled with an “intelligence report” about Williams.

On March 9, 2020, Carey allegedly sent Peled a “Tennessee SitRep [Situation Report]” about how he and others had covertly surveilled Williams, confirmed where she lived, what car she drove, and that Lanaway was staying with her, the indictment says.

Peled allegedly responded to Carey on March 9, 2020, that he and others involved in the plot would use “everything at our disposal to include intimidation” to stop Lanway and Williams from trying to extort money from Maund.

On March 12, 2020, Carey and Brockway allegedly tried to kidnap Lanway and Williams by ambushing them in the parking lot of Williams’ apartment complex, the indictment says.

Carey and Brockway are accused of shooting Lanway to death and then taking Williams to a construction site, where she was also killed and both of their bodies were dumped, according to federal prosecutors. Afterward, the Pinger account that Carey had used was deleted.

FBI agents and police officers arrested Maund, Peled, and Carey on Dec. 10 on charges of kidnapping resulting in death, conspiracy, and brandishing, and discharging a firearm during and in relation to a crime of violence, according to the Justice Department. They face a maximum sentence of life in prison if convicted.