Students going to college on the G.I. Bill will continue to receive their monthly housing stipend, even as college courses transition online in an effort to limit the spread of the coronavirus. 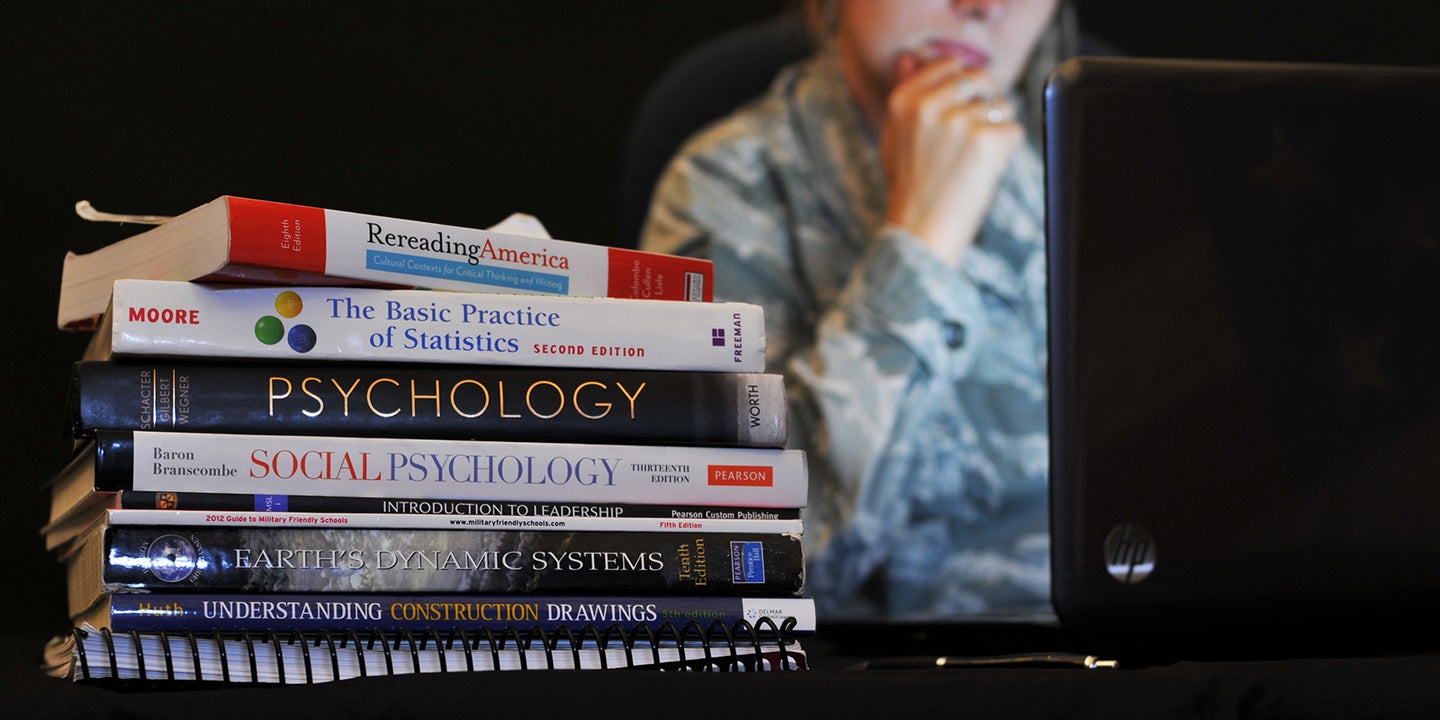 Congress has approved an emergency legislative fix to ensure that students going to college on the G.I. Bill will continue to receive their monthly housing stipend, even as college courses transition online in an effort to limit the spread of the coronavirus.

The bill passed the Senate on Monday which was approved by the House on Thursday. It's expected to be signed into law by President Donald Trump in the coming weeks.

Under the post-9/11 G.I. Bill, full-time students who are attending college on campus have their tuition covered, and also receive a housing stipend — based on the basic housing allowance of an E-5 with dependents for their zip code. For those students enrolled in online universities, their tuition is fully covered, but they only receive a portion of that housing stipend.

Because of how VA education benefits are approved, for students who were previously approved for on campus learning, the move to online courses could have resulted in the loss of benefits, which many student veterans count on to cover housing and to make ends meet.

“Without a legislative solution, all VA benefits payments would stop if a program only approved for in-residence learning moves to online learning,” reads a joint letter signed by veterans service organizations that was sent to the ranking members of the House and Senate Committees on Veterans Affairs on March 17. “This includes [Monthly Housing Allowance] and tuition payments because the program would be considered unapproved for VA benefits.”

Fortunately, with the House and Senate's speedy passage of S.3503, that's unlikely to happen.

“Students will continue to receive the SAME monthly housing allowance payments that they received for resident training until January 1, 2021, or until the school resumes normal operations of resident training,” the Department of Veterans Affairs announced on Twitter.

Once signed into law by President Trump, the bill will allow the VA to continue to provide benefits payments at existing levels in the event of a national emergency, like the current Covid-19 pandemic which has resulted in more than 7,000 deaths globally, and infected more than 190,000 people.

“This bill gives the Department of Veterans’ Affairs broad authority to continue making Monthly Housing Allowance and tuition payments to students regardless of instructional changes implemented for emergency or health-related purposes,” Jared Lyon, the national president and CEO of Student Veterans of America said in a statement. “As this bill heads to the President’s desk, we look forward to an equally swift signature to finalize these needed protections.”