The U.S. House of Representatives passed a $696 billion defense authorization bill July 14, going beyond what the Trump administration... 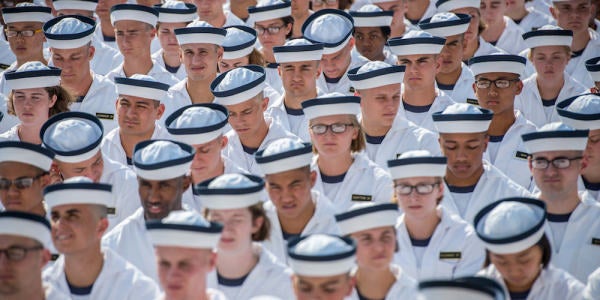 The U.S. House of Representatives passed a $696 billion defense authorization bill July 14, going beyond what the Trump administration asked for, targeting improved military readiness, buying more ships and planes, and failing to authorize a new round of future base closures.

The Trump administration requested $603 billion. The House version includes more than $613 billion in base funding for defense and energy programs and nearly $75 billion for overseas contingency funding for warfighting in current conflicts. The funding exceeds defense spending caps put in place by the Budget Control Act of 2011.

The bill sets policy and authorizes programs while future legislation would appropriate money for defense. The fiscal year begins October 1.

In the Senate version of the defense policy bill, which has yet to be approved, military construction projects at Wright-Patterson included $6.8 million for a new fire station near the main airfield’s flight line in 2019 and $9.1 million for an Army Reserve maintenance facility in 2021, according to U.S. Sen. Rob Portman, R-Ohio.

Under the House bill, the Federal Aviation Administration and the Department of Defense would strengthen cooperation on drone research testing by the Air Force Research Laboratory in Springfield.

The defense bill authorizes money needed “to combat the most complex and unpredictable threats in our history” and to rebuild the military after sequestration induced cuts, U.S. Rep. Mike Turner, R-Dayton, said in a statement. “Lack of funding has left our troops with significant capability and capacity challenges.”

U.S. Rep. Warren Davidson, R-Troy, said in an interview Friday afternoon the legislation takes steps to rebuild lagging military readiness, but budget cuts elsewhere will be necessary to fund the increases in defense.

“There’s a strong concern that with the wide range of commitments … the funding has been scaled back (and) you’re seeing some reduction in readiness and we don’t want to take long to be ready,” he said.

The White House and the Pentagon had sought a Base Realignment and Closure process in 2021, but it failed to win lawmakers support.

“This version puts the House on record opposing a new BRAC, and the Senate version has similar language,” Gessel said.

The BRAC provision “means the risk of any downsizing Wright-Patterson is lower now—and it was already low to begin with,” said Todd Harrison, director of defense budget analysis at the Center for Strategic and International Studies in Washington, D.C.

Turner, a House Armed Services Committee member, attempted to add an amendment that would study the concept of a Space Corps rather than create it as a separate military branch, but this week the House Rules Committee rejected his request. If approved, a Space Corps branch would be within the Department of the Air Force by 2019.

Despite lawmakers calls for more defense spending, the Budget Control Act of 2011 that imposed caps on defense will make getting there harder, one senior defense analyst said.

“The House Armed Services Committee is proposing a major increase in defense spending beyond what either Obama or Trump sought,” said Loren B. Thompson, a senior defense analyst with the Lexington Institute in Arlington, Va. “However, defense spending is capped by law through 2021, and the House proposal is far, far above what the law permits.

“The only way the House committee’s proposed budget could be implemented is if spending caps are repealed or all of the added funding is pushed into supplemental war accounts not covered by the caps.”

Neither outcome seems likely, he added in an email.

The House bill would enact acquisition reforms to provide more oversight of service contracts and the use of online commercial sites to cut costs.

Turner, co-chairman of the Military Sexual Assault Caucus, introduced a provision that would require service members convicted of a sex-related offense to serve a minimum of two years confinement.

The congressman also included language that requires the Pentagon to keep the House Armed Services Committee updated on efforts to inform service members of states’ child custody laws, and to take measures to ensure the safety of windows in military housing to prevent young children from falling out of residences, his office said.

Davidson introduced the amendment on greater cooperation between the FAA and Defense Department on drone research in Springfield.

Count on this newspaper to provide the latest in-depth coverage of military spending issues that impact Wright-Patterson Air Force Base and Springfield Air National Guard Base. For more military news, log onto mydaytondailynews.com/military.