I’m a former Marine — I spent five years on active duty and two more in the reserve component before... 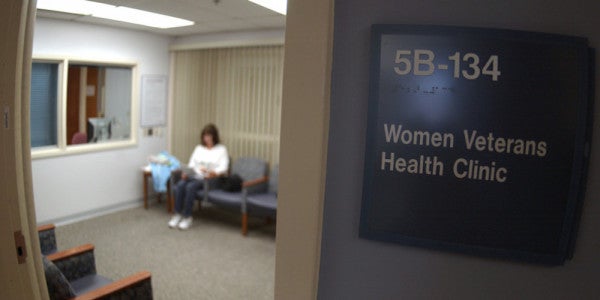 I’m a former Marine — I spent five years on active duty and two more in the reserve component before departing for 1st Civilian Division. I love the Marine Corps and always have, partly because military culture was part of my home life from birth.

Anyone on active duty will tell you that the military is more of a lifestyle than a job. My family might have been a little more intense than what is considered normal because my father was a career infantry officer. He was dedicated to the Marine Corps in the true-believer way that a career officer must be — the sort who didn’t just drink the Kool-Aid, he brought it home for us by the gallon.

While on active duty, our work tends to find its way home with us and impacts basically everything we do. It is not just what we do, it is who we are. That lifestyle (and the kind of people who came with it) felt like home to me, so I signed up.

Young and invincible, I didn’t quite understand why my father was so worried about that early decision.

I assumed he wondered whether I could make it, and sure, sometimes I wondered whether I could handle the physical things I would be asked to do. I doubted whether 20-mile hikes or sky-high obstacle courses were within the scope of what I could accomplish. On my first try, sometimes they weren’t, but I trained hard and threw myself at walls until they became easy to hop. I bruised my arms learning to chicken-wing over parallel bars. I surrounded myself with people a little stronger and a little faster to benefit from the push they offered me. I was proud of every single bruise.

I think he was worried about whether I could make it in an entirely different way.

Some of my biggest hurdles weren’t on a training range. It wasn’t all about challenge and tribe for me as a woman in the Marine Corps — whether we admit it or not, it isn’t for any of us. I still remember carrying a knife into the showers with me in Iraq and thinking that was totally normal. While there, I recall being asked (even as we trained combat replacement for KIAs from a Lioness team) whether I really thought women belonged in the Marine Corps. Stateside or overseas, I was constantly being told that I should never run alone while on my base for fear of sexual assault.

To outsiders, last week’s news highlighting the discovery of continuing cyber harassment and stalking, even after the first courts-martial following the March Marines United scandal, seems shocking. For me, it’s unfortunately less so.

Today I’m a public health researcher. A big part of what I do is trying to figure out how to make the process of becoming a civilian again easier for military women — because it is hard, and we don’t always do it well. Issues of belonging and cohesion we faced on active duty linger and translate into entirely new challenges in the veteran space.

My own transition was a complete disaster, one characterized by identity loss, trouble fitting in with my new, civilian community (in the Deep South, no less), and, unexpectedly, a great deal of trouble figuring out how to connect within the veteran community. This isn’t a special story; I hear versions of it over and over again in the research I do today.

There’s one major barrier to changing the narrative for servicewomen trying to reintegrate into civilian communities: We’re invisible.

Female veterans share many of the exact same concerns of our male colleagues, but we also face unique issues, especially when it comes to accessing services after we leave active duty. The systems (both nonprofit and government) often just weren’t built for us, and the research shows that women typically leave the military with less of one very important factor: a strong support network. Certain things protect us against all sorts of negative health outcomes, and one absolutely crucial variable is social support. In general, military women don’t experience the same levels of unit and social cohesion. Some of this stems from institutional barriers like sex-specific standards instead of job-specific standards. Some of it, meanwhile, involves basic inclusion and belonging.

Interestingly, none of those barriers disappear when we move back into the civilian world. Some of the most important places veterans connect, network, and socialize while transitioning are military and veteran services organizations. However, our team’s latest research in the Journal of Veterans Studies indicates that female veterans participate less and even report feeling unwelcome in those very spaces. Running secondary analyses of a large sample of military women from multiple eras found low participation in service organizations (71.5% of respondents were not members of any organization). Qualitative analyses indicated that respondents not in groups presently had different reasons for non-participation, including the following: no reason (40.23%), does not feel like a welcoming community (29.75%), I don’t live near a chapter (15.27%), and the mission or issues focus is not relevant to me (14.75%).

Aside from their impact on the social support female veterans receive as they leave the service and go through the major life stressor that is transition, low participation rates and high levels of unease among female veterans represent a massive loss for our MSO/VSO communities. Military and veteran women offer some of the best examples of resilient leadership in our world today. I know female veterans who left the service with physical injuries and an assault history who went on to start businesses and nonprofits to help other warriors get wellness services they never did. We are over-represented among small business owners, our college graduation rates are high, and we are politicians like Sen. Tammy Duckworth of Illinois. We are advocates, champions, we know how to work hard. So many of us are just absolutely fearless.

Servicewomen and veterans have tremendous value to add to their communities, companies, and the larger MSO/VSO space — if these groups simply start paying attention.