To Improve Awareness, We Must Call PTSD What It Is: A Disorder

June is National Post-Traumatic Stress Disorder Awareness Month. Well, at least according to the National Center for PTSD. According to... 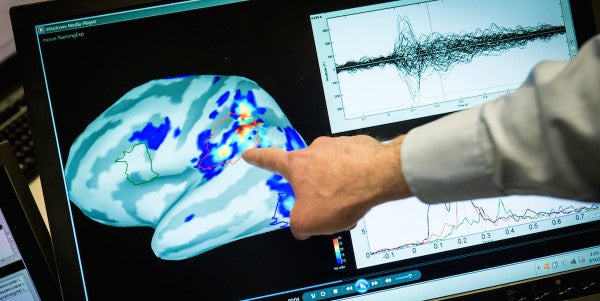 June is National Post-Traumatic Stress Disorder Awareness Month. Well, at least according to the National Center for PTSD. According to lawmakers, however, June is National Post-Traumatic Stress Awareness Month. And while dropping the letter “D” may seem trivial, doing so could have far-reaching implications, and not the positive ones that Congress has in mind.

One year ago this month, two U.S. senators put forth a bill to remove the “D” in PTSD in declaring June’s awareness campaign. The move marked the fourth year in a row that the senators had proposed the bill and that the Senate had unanimously passed it. The logic behind the change, according to Sen. Heidi Heitkamp, a Democrat from North Dakota, one of the bill’s co-sponsors, is that the word “disorder” carries a stigma that may dissuade those with symptoms from seeking treatment. Many organizations, treatment centers, public forums, and individual advocates have followed suit, and have begun referring to the condition as PTS instead of PTSD.

While their cause is noble, it is also flawed. PTS is different from PTSD, and while they may share similar symptoms, they should not be confused.

This is about more than just semantics and good intentions – it’s a medical issue.

PTS describes the fight-or-flight response people experience immediately following a traumatic event. The symptoms are temporary and include sleeplessness, increased anxiety, and hypersensitivity, among other things. While the effects of PTS can interfere with daily life, they subside over time and can be remedied with short-term or even no professional therapeutic treatment.

While people suffering from PTSD often experience many of the symptoms associated with PTS, the disorder is not a temporary affliction. It is also more likely to include triggers or delayed reactions such as flashbacks.

PTSD is a clinical diagnosis in the Diagnostic and Statistical Manual of Mental Disorders, and has both longer-lasting symptoms and more involved treatment options than PTS. A PTSD diagnosis usually means long-term treatment with a trained mental health professional. In essence, referring to PTSD as simply PTS is like treating a torn rotator cuff as a sprain and then wondering why a bit of ice and a few weeks rest aren’t helping.

Heitkamp is right: no 19-year-old wants to be diagnosed with a “disorder.” No 37-year-old does, either. But dropping the word from the name in an effort to increase awareness and encourage treatment could actually have the opposite effect.

Why should we focus on making “disorder” a dirty word, when the term simply refers to the condition’s impact on someone’s health over a period of time? This is, of course, a common problem in the world of mental health and treatment: the framing becomes more about the word “disorder” than the condition itself. We don’t need to change what the public calls it, we need to change the perception around it. Isn’t that what awareness campaigns are all about, anyway?

To encourage those with symptoms of PTSD to seek treatment, we must help them understand that for all the stigma surrounding disorders, being diagnosed with one is not a death sentence. They can be managed and treated. Any treatment is unlikely to be lifelong, and seeing a mental health professional has been shown to improve clients’ quality of life, regardless of their diagnosis.

When the disorder is effectively managed, it really ceases to be a disorder at all. Perhaps if more people understood this, there may not be such an aversion towards the word or the treatment.

So instead of discussing name changes, our elected officials should focus their efforts on raising awareness and relieving the stigma associated with this disorder. Doing so could bring breakthroughs in increasing research, treatment, and management options for those suffering from PTSD. In using the word “disorder” we are acknowledging that PTSD is a clinical condition, and one that carries the hope of recovery and leading a normal life.

So let’s call PTSD what it is: a disorder. Only then will the awareness campaign reduce the stigma surrounding the condition and truly encourage people to seek help.