New guidance from the Pentagon offers some veterans with “bad paper” discharges more direction on their eligibility for a record... 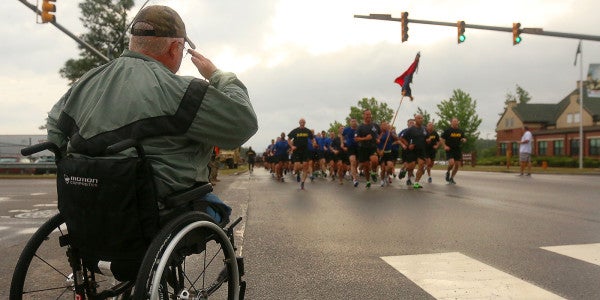 New guidance from the Pentagon offers some veterans with “bad paper” discharges more direction on their eligibility for a record review and upgrade.

The Defense Department announced late on Aug. 28 that it will direct each service’s review board to consider new “liberal” criteria to give vets “a reasonable opportunity to establish the extenuating circumstances of their discharge” — particularly if the vet received a less-than-honorable discharge while suffering from the effects of traumatic brain injury or post-traumatic stress disorder from military operations, sexual assault, or sexual harassment.

“Liberal consideration, in our view, is the right balance to ensure we are making fact-based decisions while also giving appropriate leeway to the challenges posed by these invisible wounds,” Air Force Lt. Col. Reggie Yager, the acting director of legal policy in the Office of the Undersecretary of Defense for Personnel and Readiness, said in a DoD news release.

For years, many vets with less-than-honorable discharges have complained that they were drummed out of the service with no consideration for their “invisible wounds,” depriving them of the help they need — particularly treatment in the VA system — as a result. A General Accountability Office report released in May found that of nearly 92,000 service members discharged for misconduct between 2011 and 2015, more than 57,000 — nearly two-thirds — “were diagnosed with PTSD, TBI or other conditions such as adjustment, anxiety, bipolar or substance abuse disorders within two years before leaving the service,” Military.com reported. The GAO study also said military services were inconsistent in considering whether service-connected medical issues may have contributed to a service member’s misconduct.

The problems are not new; Vietnam-era veterans in particular were discharged in large numbers for misconduct while many of their mental-health issues went undiagnosed. But as more Iraq and Afghanistan veterans return to civilian life, the problems have grown more acute — and so has a movement to restore benefits to the worst-off bad-paper dischargees, led by Kristofer Goldsmith, founder of High Ground Veterans Advocacy. A former soldier who was given a general discharge after an Iraq deployment and a suicide attempt, Goldsmith says the DoD’s new guidance is “what we've been asking for from the Pentagon for years.”

Finally, he added, “veterans suffering the compounded effects of bad-paper and PTSD, TBI, or MST will have a better idea about what to expect when they file a discharge appeal.”

That’s a hope that first took flight in 2014, when a lawsuit brought by Vietnam Veterans of America and Yale Law School pressured then-Defense Secretary Chuck Hagel to issue Pentagon guidelines requiring that military review boards take “liberal considerations” into account when deciding whether a veteran’s discharge level was fairly determined. But those considerations were vague and applied haphazardly by the various services’ review boards.

“Words matter, and for a long time, veterans and the military review board agencies have been unsure of what 'liberal consideration' actually means,” said John Rowan, president of Vietnam Veterans of America.

The bad-paper issue again came to the fore last March, when Veterans Affairs Secretary David Shulkin announced that bad-paper dischargees who showed up at a VA emergency room with suicidal tendencies would be treated by the facility and given up to 90 days’ mental-health treatment.

But this week’s updated guidance for military discharge reviews is the first time the Pentagon has clarified exactly how review boards should approach bad-paper discharges.

“Veterans seeking a discharge upgrade need to give the board evidence of a diagnosis, or establish examples of evidence to establish the mental health condition, or show evidence that they experienced an event such as sexual assault or sexual harassment that affected their behavior in a significant way,” DoD’s news release states.

Once a vet’s discharge appeal is up for consideration, the reviewing authorities now will need to ask four questions, under the new DoD guidance:

Yager, however, warned vets that “not every discharge warrants an upgrade.” And the wait to time have an appeal heard is still about a year.

Goldsmith’s own discharge appeal has been waiting in the wings for more than a year now. Despite that, he’s heartened by the Pentagon’s new guidance.

“This memo is filled with signals that there may yet be hope for the thousands of veterans who have been unfairly suffering the effects of bad paper,” he said. “I'm hoping that under President Donald J. Trump we see more proactive changes for veterans with bad paper.”

For more information on the DoD’s new guidance and how to file for a discharge upgrade or correction of military records, visit the Pentagon’s website here.