5 Things We’ve Learned About PTSD Since 9/11

There’s no need to reiterate the common platitudes about post-traumatic stress disorder that we’ve all heard before, focusing on demystifying... 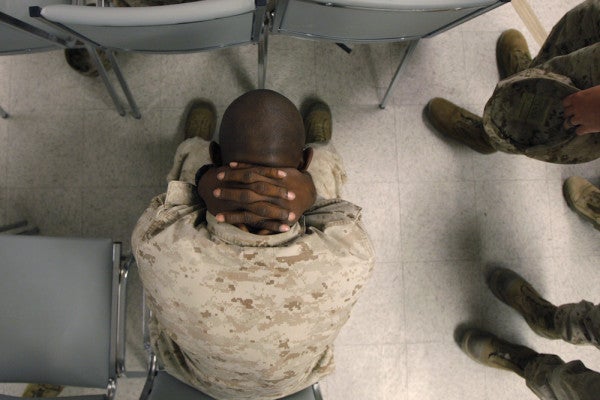 There’s no need to reiterate the common platitudes about post-traumatic stress disorder that we’ve all heard before, focusing on demystifying the “invisible wounds of war.” The conversation has moved beyond that now, and post-traumatic stress is no longer being looked at as a “disorder” but as a normal reaction to abnormally stressful circumstances.

Experts have learned that it’s not necessarily a life sentence, but rather a treatable condition that can be attacked from a number of different angles. Still, while it’s an extremely positive thing that we’re collectively making an effort to move beyond outdated and damaging stereotypes, PTSD remains an undeniable challenge that creates real suffering — as anyone who has ever gone through it, or walked through it with a loved one, can attest.

After the start of the post-9/11 conflicts, the study of post-traumatic stress grew rapidly to meet the needs of returning veterans. Ph.D. and former Army Lt. Col. Glenn R. Schiraldi detailed many of these changes in a recently revised edition of “The Post-Traumatic Stress Disorder Sourcebook: A Guide to Healing, Recovery, and Growth,” which includes detailed information on what has been learned since the beginning of the 21st century. Among these new insights are five main takeaways.

What constitutes an official diagnosis of “PTSD” has been expanded.

In order to diagnose a patient with service connected PTSD, medical evidence is required that establishes a diagnosis of the condition that conforms to the diagnostic criteria of DSM-V. These criteria are officially detailed in the American Psychiatric Association’s “Diagnostic and Statistical Manual of Mental Disorders.” It’s now broken down PTSD into four major symptom clusters: re-experiencing, arousal, avoidance, and persistent negative alterations in cognition and mood. These changes can aid clinicians in identifying and pinpointing individual aspects of a patient’s case, and lead to more targeted treatment.

Therapy isn’t just sitting in a chair and talking.

While a combination of cognitive behavioral therapy and medication continues to be the gold standard for PTSD treatment, for many people, it’s extremely difficult to just sit and talk through traumatic experiences. As an alternative to talk, recent research began to explore the use of body-based therapies, which attack traumatic memories from a new angle. The theory is that when a person experiences a trauma, it’s first recorded on a bodily level as an “implicit memory” — meaning that it can’t necessarily be consciously recalled or related in words. Body-based therapeutic strategies can help patients to process and release these memories, as the body’s “stuck” reaction to a trauma can be resolved. Body-based therapy can be a great alternative for those who have found talk therapy to be a less-than-appealing option.

Some people are actually at a greater risk for experiencing post-traumatic stress disorder than others.

Studies in human resilience — the ability to emotionally bounce back from adversity — are helping researchers to learn more about the factors that increase an individual’s likelihood of suffering from PTSD in the first place. Many factors can correlate with a person’s post-traumatic response. The more severe the trauma, the greater likelihood of suffering from more severe PTSD. Additionally, people who grew up in unstable family environments can also be more prone to developing a severe PTSD reaction from a later trauma. Even a person’s reaction to an initial traumatic event can be a factor: dissociating at the time of the event, for example, or failing to mourn or attend funerals. A variety of factors are also currently being studied for their links to PTSD; everything from emergency room heart rate to left-handedness and epigenetics. These studies are evolving, and as more is known, better alternative treatment approaches can be explored.

Unconventional therapies may be worth exploring.

Because each case of PTSD is as unique as the individual experiencing it, it can present itself in many ways. By the same token, it can be attacked from multiple angles — and often that’s exactly what it takes to break down and tackle the individual aspects of one person’s case. New clinical practices reflect the research that is evolving in these nuanced areas:

PTSD is being heavily studied, and these studies are constantly evolving. Comorbid conditions, such as traumatic brain injury and mild traumatic brain injury — more common to veterans of the Iraq and Afghanistan wars than previous conflicts — are becoming more easily understood, and their treatment options are expanding. Knowledge is power, and educating yourself on treatment options for yourself or your loved one can help you to take a proactive stance when seeking help. Whether you are the one experiencing post-traumatic stress, someone you love is suffering its effects, there is much reason to believe that this challenge can and will be overcome.

“The Post-Traumatic Stress Disorder Sourcebook: A Guide to Healing, Recovery, and Growth, Revised and Expanded” (McGraw-Hill, 2016), by Glenn R. Schiraldi, Ph.D., is available from McGraw Hill and at major booksellers nationwide.