Post-traumatic stress disorder is a mental health issue that is often accompanied by a great deal of stigma, among both... 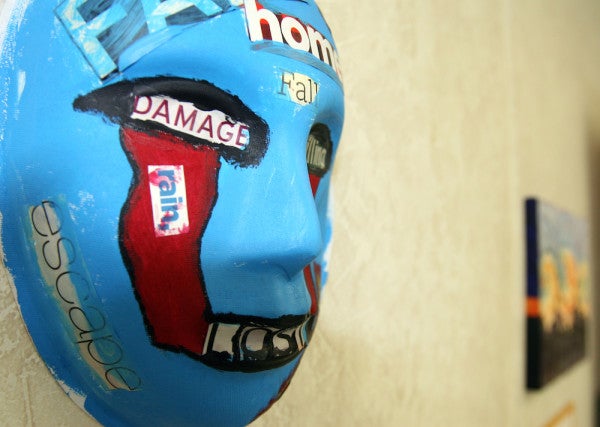 Post-traumatic stress disorder is a mental health issue that is often accompanied by a great deal of stigma, among both the military and civilian populations. Several myths about the condition appear to contribute to this stigmatization. Misunderstanding can lead to various negative implications, such as prejudice and maltreatment. And this misunderstanding is nothing new. For as long as humans have been fighting wars, there has been a psychological impact of warfare, as well as a misunderstanding about PTSD and its implications. From nostalgia, shell shock, war strain, or combat fatigue, there have been many attempts to explain the psychological ramifications of combat. As an evolving construct, the psychological impact of war has changed over time. There is still more to learn, and combat-related PTSD remains a major focus of military psychology. The military, in particular, has played a key role in risk and resilience treatment, assessment, and research. Despite this influx of PTSD research, popular myths about PTSD remain and it is important for them to be addressed. Below, are several of these myths debunked.

This, unfortunately, is a very common myth, which may be rooted an individual’s visceral, emotional beliefs about what it means to be a member of the military. Therefore, it is a difficult myth to combat. Developing PTSD is not a sign of weakness, be it mental weakness or weakness of character. It is an understandable human response to uncommon experiences. Although the most common outcome following trauma is one of recovery or resiliency, there are several factors, besides one’s own internal strength, that may influence whether an individual will develop PTSD, including: severity of the trauma, type of trauma (i.e., was it an interpersonal trauma where someone was specifically targeted, such as rape? Or was it something that happened by chance, like a natural disaster), number of traumas (i.e., previous trauma experienced in youth, or experiencing multiple traumas at once or compounded upon one another), duration (i.e., was the trauma a one-time event or long-term), one’s neurobiology, and whether the person has a support system to help them. Individuals are at increased risk for PTSD if they do not have a good interpersonal support system, which provides further argument for the damaging effect of stigma.

2. Anything can be traumatic.

While it is true that nearly any event can be stressful, there are a few diagnostic criteria that must be satisfied before the stress response can be classified as “traumatic” in nature, according to the Diagnostic and Statistical Manual Mental Disorders. These criteria include: (1) “exposure to actual or threatened death, serious injury or sexual violence,” and (2) directly experiencing the event, witnessing it in person, or being indirectly exposed to the event. Some examples of indirectly being exposed to an event might be repeatedly hearing or seeing the details or a traumatic event, perhaps a drone pilot. Drone pilots, while not directly in combat, are repeatedly exposed to potentially traumatic events. They also have the added stress of having to enter and exit the combat zone on a daily basis, returning to the family environment without much time to transition. Exposure through media (e.g., viewing television, movies, or pictures) does not apply, and neither does death of a loved one due to natural causes. Responses to a natural death are best conceptualized as bereavement.

3. You can get PTSD immediately after experiencing a trauma.

Experiencing stress reactions following a traumatic event is to be expected, and is rather commonplace. However, in order for these stress reactions to merit a diagnosis of PTSD, the symptoms must last at least a month. Within the first month, these stress reactions are considered “acute stress,” which is very similar to PTSD, but traditionally has a slightly greater emphasis on dissociative symptoms (e.g., altered sense of reality, inability to remember important aspects of the traumatic event), and can be diagnosed within the first month of the trauma. Only if the symptoms last longer than a month, can the diagnosis of PTSD be considered.

4. People with PTSD are crazy and/or dangerous.

Several classic war movies, as well as sensationalized media coverage, have helped perpetuate the “crazy war vet” stereotype, which is an inaccurate depiction. PTSD is not characterized by psychosis or violence. Rather, symptoms of PTSD surround coping with the memory and implications of a traumatic experience (e.g., distressing memories and changes in mood). Furthermore, “crazy” is never the best word choice. “Crazy” is not a diagnosis, rather it is a damaging and stigmatizing label.

5. People with PTSD cannot function in military or work environments.

Military members with PTSD are often afraid to seek treatment for fear of separation from the military, but people can have PTSD and still effectively do their job, even a military job. It is a manageable and treatable diagnosis, and being diagnosed with PTSD does not necessarily mean one’s career is over.

6. After a while, people with PTSD should just be able to get over it.

While PTSD can absolutely be treated and it is possible to no longer meet criteria for the diagnosis, PTSD symptoms do not just magically go away after a certain period of time has passed. While many people are able to find ways of coping on their own, many others benefit from working with a professional for guidance.

Veterans with PTSD are rarely granted the same reverence as veterans with physical injury. The fact is, these veterans went to war and made sacrifices for their country, just the same as all other war veterans. It may help reduce stigma to think of psychological injuries as similar to physical injuries — inevitable, collateral damage of war that is not indicative of personal weakness.

8. Nothing can be done for those with who have PTSD.

PTSD is very responsive to treatment. There are several different types of treatments, developed for different types of people, which have all been found to be effective. If you have PTSD and have undergone unsuccessful treatment previously, there may be other options still available such as cognitive behavioral therapy, cognitive processing therapy, or prolonged exposure. New interventions continue to be developed and talking with a professional is a good way to review many options with great results to choose from.

There are a lot of misconceptions about PTSD that contribute to its stigma. Reconsidering some of these common myths may help to better understand the circumstances of fellow service members, and provide them support.