A 30-second Army and Air Force Exchange Service video has gone viral among service members and veterans. Why? Because Mark... 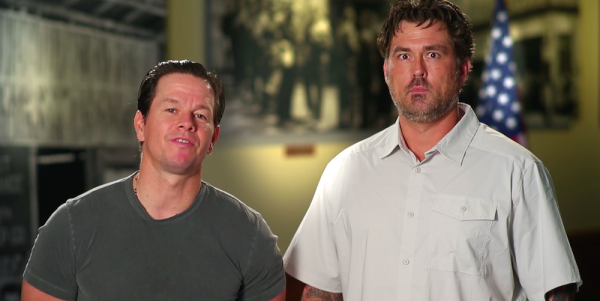 A 30-second Army and Air Force Exchange Service video has gone viral among service members and veterans. Why? Because Mark Wahlberg and Navy SEAL Marcus Luttrell are in it.

The duo teamed up to spread the word about a new Exchange benefit that will allow active duty, retired, reserve, Guard veterans and their family members to shop online, a move that marks the Exchange’s decision to join the 21st century (finally).

The benefit goes live on Veterans Day, but some who sign up early through VetVerify.org will get the chance to act as beta testers and gain access to the online stores before Nov. 11. “All honorably discharged veterans are encouraged to visit VetVerify.org to confirm eligibility for their lifetime exchange online benefit today,” Luttrell says in the video.

The video has garnered more than 757,000 views, which AAFES attributes to the popularity of Wahlberg and Luttrell among veterans.

Luttrell, who served from 1999 to 2007, is the author of Lone Survivor: The Eyewitness Account of Operation Redwing and the Lost Heroes of SEAL Team 10, an autobiographical account of the 2005 mission called Operation Red Wings. The operation left three of four SEALs dead in a Taliban ambush in Afghanistan, and led to a failed extraction that took the lives of eight more SEALs and eight Army special operators after their MH-47 was downed by an enemy RPG. As the title suggests, Luttrell was the only survivor.

Lone Survivor was optioned for a movie in 2013, with Wahlberg portraying Luttrell. The film earned two Academy Award nominations and grossed nearly $155 million. Wahlberg has been extremely vocal about his support for U.S. military personnel and even went off script in the video to thank Luttrell for his service.

“The military exchanges are so grateful to continue to be a part of veterans’ lives and celebrate their distinguished service beginning Veterans Day 2017,” Wahlberg said in the video.