Vet Filmmaker: You Can’t Honor The Troops If You’re Dumping On Millennials

Chris Roessner, the Army vet who turned his Iraq experiences into the controversial Netflix film Sand Castle, wants you to lay... 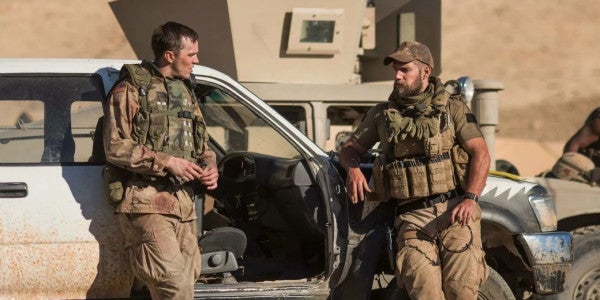 Chris Roessner, the Army vet who turned his Iraq experiences into the controversial Netflix film Sand Castle, wants you to lay off all that talk of lazy, entitled, awful Millennials. In fact, Roessner believes, your “support the troops” talk is pointless if you’re trashing the generation that’s actually doing the fighting.

Roessner, whose film was bitterly debated by vets of the long wars, made his comments as part of a fiery speech July 22 on receiving the Tillman Foundation’s “Make Your Mark” award. Military Times reporter Leo Shane III first reported the remarks, in which Roessner rails against careerism, cynicism, and stereotypes about his generation of warfighters.

Here are some excerpts of Roessner’s millennial manifesto, as reported by Shane:

“I want to talk about us as a generation. I’m of the opinion that one cannot disrespect our generation and respect the military at the same time. Those two thoughts are in opposition.

“And yet, over the years, I’ve heard the same folks who extol the same sacrifices of the military assign to our generation such titles as ‘selfish,’ ‘narcissistic,’ ‘eternally dissatisfied.’

“My experience has been the opposite. We are a group that has been asked to shoulder two of the longest wars in our country’s history, to weather a great recession, to surmont crippling student loan debt.

“And yet we are emerging as leaders in business, medicine, the law, the arts…

“As we look ahead, a new problem is emerging. What we now face is the problem of reaffirmation, reaffirmation of forgotten core values. We are a generation tasked with affirming that empathy is not weakness, and that strength only exists if it’s in service of something bigger.

“We must reaffirm that we are strong because we are fearlessly inclusive. Human potential is our greatest commodity, and if only some of us realize that, it’s far too few.

“We must reaffirm that we are a generation unimpressed with individual achievement and careerism. One that refuses to be fool by cynicism that masquerades as wisdom.

“And we must reaffirm that we have the courage to live a purpose-driven life, and that we know full well that our actions, our sacrifices, our triumphs will never be quantified.

“That brings me to Pat (Tillman). On Sept. 12, 2001, Pat said in an interview, ‘As far as laying myself on the line, I haven’t done a damn thing.’ What I hear in that quote is dissatisfaction. He was dissatisfied in himself because he knew he could do more, and he was dissatisfied because the world around him had yet to look the way he wished.

“So when people say of us that we are eternally dissatisfied, I think they are absolutely right, but for all the wrong reasons.

“For those who don’t know her work, Martha Graham was without a doubt the best dance choreographer the world has ever seen. She was asked in her older age to reflect upon her long and iconic life in the arts.

“She said, ‘No artist is ever pleased. For us, there is only divine dissatisfaction, a blessed unrest that keeps us wondering and makes us more alive than all the others.’

“Eternal dissatisfaction” is an interesting phrase for Roessner to settle on, given how many combat vets have criticized his work as narrow at best and “anti-war” at worst. As Roessner told my colleague Adam Linehan in an April interview, he doesn’t expect all vets to enjoy his art or agree with his vision.