ISIS Wants You To Watch US Troops Dying. Is That News? I Don’t Think So

Last night, scrolling through my Facebook feed, I came across a Change.org petition many of my military buddies had signed... 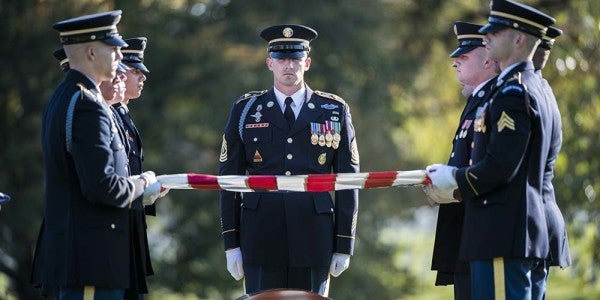 Last night, scrolling through my Facebook feed, I came across a Change.org petition many of my military buddies had signed and were sharing. The petition called for SOFREP to remove from YouTube the video they posted of the Niger ambush and the deaths of Staff Sgt. Bryan Black, Staff Sgt. Jeremiah Johnson, Staff Sgt. Dustin Wright, and Sgt. La David Johnson from YouTube.

Our newsroom debated whether we should run a story or opinion piece about this. Should we kick another publication while they are down? Should we cover this at all, and give that video even more publicity?

Related: The Pentagon Says Everyone Who Watches Or Just Mentions A Disturbing Video Is Helping ISIS »

Shortly after returning home from Fallujah in 2004, a book came out, written by an older Marine combat veteran, that mentioned the death of one of my unit’s Marines in graphic detail. We were livid; to us, it was an unforgivable sin.

That was a single sentence, and not helmet-cam footage that graphically portrays the death of American servicemen. Watching the video, I was even more incensed and heartbroken for the families of the fallen than I'd been a decade and a half ago.

Related: Pics Or It Didn’t Happen: Warfighting In The Age Of Videotaped Atrocities »

I pondered whether I should sign the Change.org petition, but a few lines caught my attention that I don’t agree with: “We don’t need this kind of graphic, visual reminder of the inhumanities of war. The only people who need to be ‘educated’ on what happened are the people who are in a position to make changes so that this doesn’t happen again. Not the general public.”

When the Task & Purpose team first learned of the video last month, we didn’t even consider posting or sharing it. But as the CEO of a media company, I wonder where the line is between showing the American public the reality of these wars and safeguarding our Gold Star families, the most sacred and rightfully honored members of our community.

While discussing this issue on our company chat, one of our writers, a fellow former Marine and Afghanistan veteran, wrote:

I don’t agree that showing the costs of war — to include mortal injuries — is always over the line. I think it pushes the boundaries of what we’re used to seeing, but that doesn’t mean there’s not a value to showing it, at times. And I’d make the argument that we as a country are too comfortable with a sanitized view of war and its costs. That said, I don’t think the SOFREP video does that well at all, meaning provide context and analysis based on their extensive military experience and include audio clips and short video where appropriate.

By simply posting a piece of enemy propaganda without context or analysis, SOFREP acted more like Faces of Death, the controversial, voyeuristic horror film showing people dying, than a journalistic endeavor. But when does documentation of death or suffering become journalistic, in the public interest?

Personally, I want the American public to have to confront the reality of today’s wars. At the same time, the families of the fallen have suffered enough.

As I said, I don’t have the answer, but I want to know what you think — and how you believe a media company should navigate this difficult terrain and balance our sacred duty to Gold Star families and our responsibility to ensure the American public isn’t kept in the dark.