Pics Or It Didn’t Happen: Warfighting In The Age Of Videotaped Atrocities

Several years ago, when I was still in the Army, a young private in my company did something highly unusual.... 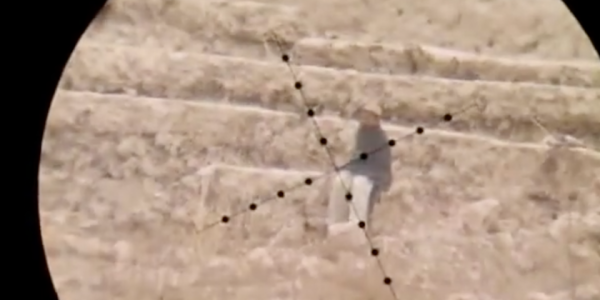 Several years ago, when I was still in the Army, a young private in my company did something highly unusual. (Caution: This is gross.) He posted a picture of human excrement — his own, presumably — on Facebook with the caption: “I’m da shit.” Now, suffice it to say, this guy was not an academic stud, and I had witnessed him do plenty of odd things before. But if the intent was to offer proof that he was, as he claimed, “da shit,” the accompanying photograph didn’t just undermine that goal, but also marked him as a soldier who might benefit from psychiatric attention. He must’ve understood this. Strange as this guy was, he was no lunatic. So why did he do it?

I found myself asking that same question several days ago, when video surfaced online of what appears to be an American soldier blasting the driver-side window of a civilian vehicle in Afghanistan with a shotgun. The man driving the car doesn’t look like a combatant, just a civilian minding his own business.

According to Politico, the clip was included in a three-minute “gritty montage of combat footage allegedly recorded by U.S. troops battling the Islamic State’s Afghan affiliate.” It was uploaded to YouTube on Dec. 16 under the title “Happy Few Ordnance Symphony” by an anonymous user, who later took it down (the video has since reappeared online). The New York Times reported on Jan. 12 that the video was part of a marketing campaign for a military-themed apparel company called Happy Few, which is managed by someone currently assigned to a U.S. Army Special Forces unit. (Happy Few’s Instagram account and website were deleted soon after Politico broke the story.)

It is unclear whether the driver was injured or killed, or why exactly he was targeted. All we can say for certain is that somebody in or affiliated with the U.S. military recorded themselves doing something that could very easily be interpreted as a war crime and then either uploaded the footage to the internet or shared it with a person who did. And now there’s an investigation underway.

Screenshot from a video originally posted on YouTube under the title “Happy Few Ordnance Symphony” that purportedly shows a U.S. service member firing on a civilian truck.

Military authorities had no intention of defending the indefensible in this case. “I have reviewed the video and I am disappointed and also concerned that the American people, our Coalition partners, the Afghan government, and the Afghan people will believe that American service members are callous and indifferent to the horrors of war or the suffering of innocent people trapped in conflict,” Army Gen. Joseph Votel, the head of U.S. Central Command, said in a statement. “I can assure you that this video does not represent the professionalism or humanity of the men and women of U.S. Central Command. We reject the unprofessional and callous message this video conveys.”

The horrors of war, like human excrement, are extremely unphotogenic. Yet over the past 17 years, American service members have diligently chronicled atrocities — theirs and others’ — in images and videos that eventually found their way onto the internet. We have seen photographs of U.S. Army soldiers torturing and sexually abusing detainees at Abu Ghraib prison in Iraq; photographs of soldiers posing with the mutilated bodies of unarmed Afghan civilians they killed in Kandahar province in 2010; and a video shot in Helmand the following year of Marines urinating on dead Taliban fighters.

There are common themes you’ll spot sifting through the material. One sees, amid a panoply of human suffering, a lot of happy faces. Whether it’s Pfc. Lynndie England and Spc. Charles Graner posing with their thumbs up behind a human pyramid, or Spc. Jeremy Morlock tugging back the head of a 15-year-old Afghan he murdered as if the boy were a trophy buck, or Marines cracking jokes about the bullet-ridden bodies they are saturating with piss, there are smiles all around. The remorse, if it came, would come later. At recording time, these witnesses and participants were elated — proud, even.

The self-incriminating evidence abounds. All of these photographs and videos were meant to be seen. Had the photograph of England pointing at the genitals of a man she forced to masturbate in front of her not been discovered by Army investigators, would she have saved it in a shoebox for nights when she was feeling nostalgic about the good old days? Probably not. The perpetrators of these barbarous acts had grown so disconnected from the world waiting for them back home that they confused these appalling manifestations of psychological trauma with laudable behavior. It is, after all, only natural for soldiers to develop a distaste for the inhabitants of the battlefields they march on. As the writer and World War II infantry veteran Paul Fussell wrote in his famous 1981 essay, “Thank God for the Atom Bomb”: “It would be not just stupid but would betray a lamentable want of human experience to expect soldiers to be very sensitive humanitarians.”

Fussell controversially argued that the atom-bombing of Hiroshima and Nagasaki was a good thing. Based on his own experiences fighting on the front lines in Europe, he was convinced that the alternative — a full-blown invasion of Japan — would have been far more catastrophic, not just in terms of casualties, but also in terms of the health of human civilization. As evidence, Fussell pointed to the popular practice among American GIs deployed to the Pacific of decapitating the bodies of Japanese troops and keeping the “well-washed” skulls as souvenirs. Many of these skulls made it back to the states. One was featured in a Picture of the Week in the May, 22, 1944, issue of LIFE magazine, where it was accompanied by the lovely young woman, 20-year-old Natalie Nickerson, whose “big, handsome Navy lieutenant” boyfriend gifted it to her. She named the skull Tojo. “The tone of both photo and caption is of calm normality, without a trace of irony or outrage,” Fussell wrote. He was implying that the sheer magnitude of the Second World War had diminished America’s sense of humanity.

1944 LIFE magazine photo of Natalie Nickerson with the skull of a Japanese soldier.

How times have changed. Today, there seems to be an unspoken agreement between the Pentagon and the American public. As long as the former keeps the War on Terror out of sight, the latter will keep it out of mind. Most Americans sleep peaceably in their beds at night, oblivious to the fact that rough men and women are perpetually doing violence on their behalf. Hundreds of thousands of people have been killed in the War on Terror. Between 2002–2011, the U.S. Army alone court-martialed 43 people on murder or manslaughter charges for incidents that occurred in Iraq or Afghanistan; 28 were convicted. Who can recall more than a few? It is usually only when the sacred covenant is broken — when snippets of the nightmare are transmitted from those alien battlefields in grainy videos and gruesome photographs — that the alarm bells are sounded and questions start being asked. To that end, the cell phones and helmet cams that have proliferated on the front lines in recent years have served a vital function. Hollywood has neither the incentive nor the wherewithal to capture the depth of the tragedy of our current wars (or any wars, for that matter). Jeremy Renner’s gritty, Oscar-nominated portrayal of an EOD tech suffering from a dangerous addiction to combat might as well be Ernest in the Armywhen compared to a viral video of a Marine gleefully throwing a puppy off a cliff in Iraq — and not just because the puppy story is true.

In his 1990 essay, “How to Tell a True War Story,” author Tim O’Brien argues that a “true war story is never moral” — that it “does not instruct, nor encourage virtue, nor suggest models of proper human behavior, nor restrain men from doing the things they have always done.” He adds, “If a story seems moral, do not believe it.”

O’Brien offers a scenario from his time serving with the U.S. Army infantry in Vietnam as an example of a story “true” enough to make “the stomach believe.” He recounts how his platoon wandered into a village after losing a guy to a booby-trapped 105mm round. The village was empty except for a single baby water buffalo, which one of O’Brien’s comrades — a good buddy of the guy who’d just died — shot. But he didn’t shoot to kill. Instead, he tortured the calf, aiming first for its joints and fatty parts to ensure it suffered for as long as possible. After emptying one magazine, the soldier loaded his rifle with another and kept on. Finally, he shot the animal in the throat and walked off to mourn the death of his friend in private. The calf was still alive.

“In the end, of course, a true war story is never about war,” O’Brien concludes. Americans, for the most part, react with indifference to the constant reports of civilians being killed in droves by coalition bombs in the Middle East, Afghanistan, and elsewhere.

We just don’t want to see it. Say the Afghan driver in the latest helmet-cam footage was indeed a civilian minding his own business, and the guy who shot at him was indeed a member of the U.S. armed forces shooting to kill. Why did the shooter allow the evidence to end up on YouTube? We may never find out. Maybe he thought he wouldn’t get caught. Or maybe, either consciously or on some deeper level, he hoped to give the folks back home a little taste of the real Afghanistan — you know, the shit.

But like a 19-year-old private who spent an entire four-day weekend cocooned in his barracks room playing video games and drinking Mountain Dew, he forgot, as soldiers at war often do, one crucial fact of life: People don’t want to see that shit. Or, at the very least, we don’t want to be seen as the kind of people who do.