3 Big Networks Are Premiering Military Shows In The Fall, But They Didn’t Bother Consulting DoD

Everything's coming up tactical this fall as network television jumps on the military show bandwagon with CBS, the CW, and... 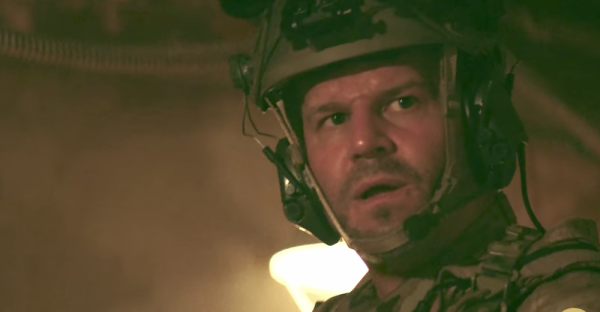 Everything's coming up tactical this fall as network television jumps on the military show bandwagon with CBS, the CW, and NBC each recently announcing plans to add military shows to their lineups.

But while the networks might be trying to attract a more military-specific audience with these shows, they’ve neglected to consult the Pentagon for any direction on authenticity.

Task & Purpose spoke to the Department of Defense’s entertainment media director who said so far no show producers have reached us for any guidance or direction.

“None of them came to us with their scripts,” Phil Strub told Task & Purpose.

Private advocacy organizations like Got Your 6 also work to ensure military authenticity in the media, but in many cases, veterans still reject TV and movie portrayals of service for their inability to accurately show military life.

In recent years, there has been an uptick in Hollywood’s desire to portray military life on the silver screen and your home screens, like American Sniper, setting off a number of other movies and shows about the post-9/11 veteran. This past year, the History Channel added a number of military-specific shows (both scripted and reality) to its roster, including Six, The Warfighters, and The Selection, while Netflix recently released an original movie starring Brad Pitt about the Afghanistan War. It’s clear that TV and movie producers believe viewers have a thirst for military action dramas.

Whether these three new shows carry will weight in the minds of veterans and service members remains to be seen, but their trailers are all available for critiquing:

Coming to CBS in the fall, this scripted drama will feature David Boreanaz, previously of Bones, as a Navy SEAL.

According to CBS, “In this action-packed new drama, these stealthy and fearless warriors conduct high-risk clandestine missions against impossible odds. And when they return to the home front they face stress of a different nature.”

“In Valor, the boundaries between military discipline and human desire are tested on a U.S. Army base that houses an elite unit of helicopter pilots trained to perform clandestine international and domestic missions,” writes Deadline.com.

NBC will offer its military drama in the form of a “journey” into the covert lives of Defense Intelligence Agency operatives.

Starring Anne Heche as the agency’s deputy director, the show will take viewers from Washington, D.C., to some of the most dangerous places on earth.