NBC’s ‘The Brave’ Is Fun, But It’s Not A Military Drama

After a young American doctor is kidnapped by Islamic extremists near the Syrian capital of Damascus, a crack team of... 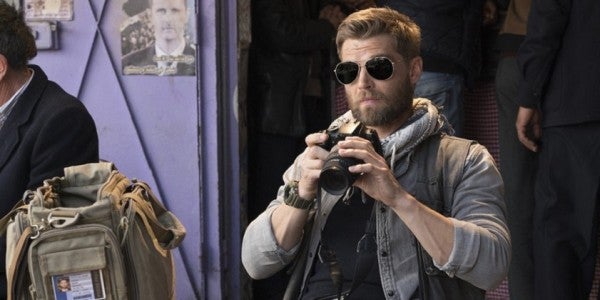 After a young American doctor is kidnapped by Islamic extremists near the Syrian capital of Damascus, a crack team of special operators and clandestine agents, backed up by an army of intelligence experts in the States, is tasked with a rescue. So begins a daring mission involving the liberal application of close-quarters combat, gunplay, ad hoc disguises, and well-timed semtex explosives.

This is the basis for the first episode of NBC’s primetime special operations-centered drama The Brave, which premieres 10 p.m EDT on Sept. 25. While The Brave is billed as a military drama, it comes across more as a uniform-clad CSI, The Blacklist or Taken than a show grounded in the realities of military life.

The Brave pans between the team of service members and agents on the ground, commanded by Capt. Adam Dalton (Mike Vogel), and a stateside group of Defense Intelligence Agency analysts, led by Patricia Campbell (Anne Heche). The interplay between the door-kickers downrange and their intelligence handlers in Washington is fairly fresh, but the show still clings to some pretty common cliches in recent military dramas.

Specifically, The Brave, like CBS’ SEAL Team, and History’s Six, focuses on a small community within the already-tiny portion of American society that makes up the military: special operations forces. Between these three shows, you might not realize that Special Operations Command makes up just 2% of the Pentagon’s manpower. If you’re looking for a taste of military life that’s representative of the 1.3 million post-9/11 service members' experiences, you probably won’t find it there.

Don’t get me wrong: The show is fun. It has shootouts, banter, secret-squirrel stuff, and a few allusions to juicy backstories, but it’s not a military drama. At least, it doesn’t feel like one. It’s more like a primetime spy or crime show, chambered in 5.56 and 7.62 mm.

The greatest levels of realism in The Brave may have taken place off-screen. When the actors and film crew arrived in Morocco to film the pilot, they found their weapons and equipment held up by customs, former Navy SEAL Mikal Vega, a military technical advisor on the show told Task & Purpose.

To prevent the pre-filming training from falling behind schedule, Vega made do by fashioning wooden weapons and having the actors maneuver and patrol with the props. If you’ve wandered around Camp Lejeune, North Carolina, you’ve undoubtedly seen a squad or two of Marines walking down the road with “knife hands at the ready,” so in that sense, The Brave gets top marks for making its actors train like real troops.

Beyond the prop-heavy initial patrol, Vega also ran the actors through tactical drills, with real weapons this time, before graduating to live-fire training. “We started exposing them to threat awareness and situational awareness, and responsibility to your other teammates, and why you do what you do,” he said. “Why you’re covering a corner this way; why you don’t look away from a threat.”

That training shows, not just in the smoothly executed takedowns of AK-rocking bad guys, but in the mundane details: Nobody’s flagging anyone, the characters cover the areas they’re assigned, and they move down hallways or clear rooms with confidence — even if the show is sometimes more clandestine than combat-heavy.

The Brave differs from its SOF-centric TV show competition in one significant way — there’s not a lot of moral ambiguity. CBS’ SEAL TEAM, which comes out Sept. 27, and History’s SIX, which is moving on to its second season, both make an effort to stay rooted in a moral grey zone, especially when it comes to war and combat, where what you’re usually left with are a number of increasingly bad options.

Not so in The Brave. The bad guys are bad and the good guys are good. That’s about as deep as the moral conflict goes.

That simple theme permeates the first episode, when Dalton and his team set out to rescue that kidnapped American doctor. Fearing that the hostage will be killed and the murder aired as a propaganda tool, the team tracks its quarry to a hospital and finds out there’s more to her capture than first appeared. They’re given a new mission: Leave the doctor behind, and kill a notorious terrorist leader instead. We won’t ruin any more details for you, but your wonderful operators make the “right” choice and manage to get out with their ethical compasses still pointing to true North.

While The Brave gets points for being entertaining, it misfires when it comes to capturing the complexity and ambiguity of post-9/11 wartime military service, but maybe as the show picks up that’ll change. Either that, or the characters can just swap uniforms for lab coats and it can be rebranded as CSI: Baghdad.