Marvel and Netflix have cancelled the New York Comic Con panel for their upcoming action series, The Punisher, citing the... 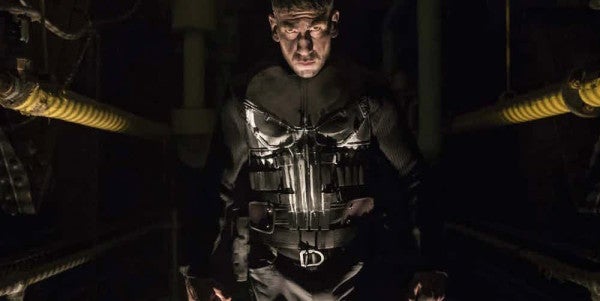 Marvel and Netflix have cancelled the New York Comic Con panel for their upcoming action series, The Punisher, citing the recent mass shooting in Las Vegas as the reason. The panel was scheduled for Oct. 7.

“We are stunned and saddened by this week’s senseless act in Las Vegas,” Netflix and Marvel said in a joint statement. “After careful consideration, Netflix and Marvel have decided it wouldn’t be appropriate for Marvel’s The Punisher to participate in New York Comic Con. Our thoughts continue to be with the victims and those affected by this tragedy.”

The Punisher centers on the vigilante ass-kicking exploits of Frank Castle, a former Marine who embarks on a revenge-fueled rampage through New York City’s criminal underworld after his wife and children are murdered. Castle, a character first introduced by Marvel over 42 years ago, is played by Jon Bernthal.

The show’s latest official trailer, released on Sept. 20, features many scenes of people being killed by gunmen, beginning with Castle’s wife (played by Kelli Barrett), who gets shot pointblank in the head. But the most ruthless gunslinger of them all is the Punisher. That’s Castle’s nickname, in case you didn’t know.

The mass shooting carried out by 64-year-old Stephen Paddock in Las Vegas on the night of Oct. 1 was the deadliest in modern U.S. history. At least 58 people were killed and nearly 500 were wounded when Paddock rained gunfire on a country music concert from a 32nd floor suite at the Mandalay Bay Resort and Casino.

Paddock, who committed suicide before police could reach him, was found in his suite with a large arsenal of firearms, including at least three AR-15-style rifles. The shooting has galvanized advocates for stricter gun regulations.

As Deadline notes, this isn’t the first time the premiere of a gun-heavy TV series has been postponed following a real-life mass shooting.

The debut of USA Network’s Shooter, starring Ryan Phillippe, was pushed back twice in the summer of 2016 — the first time after a sniper attack in Dallas on July 7, which left five police officers dead, and then again after a gunman killed three policeman in Baton Rouge on July 17.