Netflix Just Re-Upped ‘The Punisher’ For A Second Season

It’s been just over a month since Jon Bernthal’s titular anti-hero unloaded on Netflix viewers with the Nov. 17 launch... 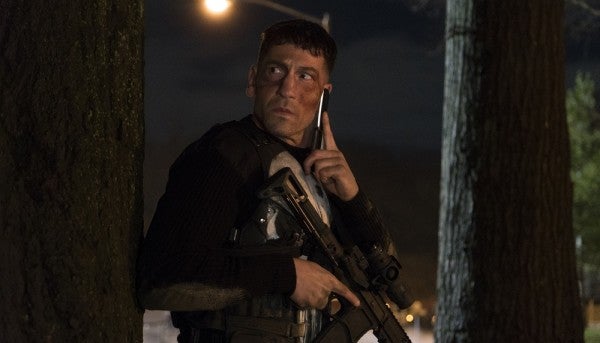 It’s been just over a month since Jon Bernthal’s titular anti-hero unloaded on Netflix viewers with the Nov. 17 launch of The Punisher, and the streaming service has already reenlisted the Marine vet turned gun-toting vigilante for a second season, according to Variety.

The announcement that Netflix will re-up the show, just a month after its first season aired, comes amid some pretty mixed reviews. Many of the critiques centered around the decision to highlight a lone-wolf gunman who commits… extrajudicial killings, if you’re nice about it — particularly after two of the deadliest mass shootings in U.S. history occurred leading up to The Punisher’s debut. (A New York Comic-Con panel on the show was cancelled out of an abundance of caution in the aftermath of the Oct. 1 Las Vegas shooting.)

The Punisher has always been a divisive character, even in his own narratives: Both the law and the criminal underworld are after him for killing bad guys. Frank Castle is a man who feels betrayed by the system and let down by its rules after the death of his family — in the TV-reboot, his kin are collateral damage from an off-the-books CIA plan to trim loose ends and keep a shady mission in Afghanistan under wraps. So he falls back on his military training and takes matters into his own bloody hands. (The Punisher’s first season focused heavily on its wide cast of military and veteran characters, protagonists and villains alike, with a few too many appeals to easy vet stereotypes.)

As Maxim noted Dec. 12, a second season might give the series a chance to hammer out some kinks, while giving viewers time to get used to all the high-def rampage. Why anyone was surprised at the violence is a mystery, considering Castle’s intro in season 2 of Daredevil involved him hanging crooks from meathooks. That, and the character’s whole backstory centers around killing bad guys, nothauling them into the police station.

It’s not clear yet if The Punisher will double down on the show’s formula — and a bloated 12-hour season that could probably be cut to six — or trim some of the odder subplots, like the one involving Castle playing house with the family of his cyber-sleuthing partner, Micro.

One thing’s pretty clear, though: Violence, mayhem, and firearms will feature heavily. This is Frank Castle we’re talking about, not an acrobatic night-crawling lawyer one mistake away from disbarment. If you want to see villains get a kick in the ass and a pat on the head on their way to jail, go watch The Defenders.