Netflix Dropped A New Punisher Teaser, And It Looks Like Someone Is Hunting Frank Castle

Someone’s looking for The Punisher, and it’s not the horde of comic book fans clamoring for his return. A new... 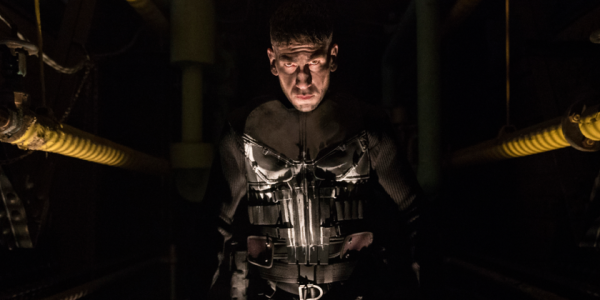 Someone’s looking for The Punisher, and it’s not the horde of comic book fans clamoring for his return.

A new video posted to the Netflix show’s official Instagram account on Sept. 10 shows a group of armed men, kitted out in body armor, helmets, and rifles, clearing rooms in an abandoned building, with the ominous tag “everything will come to light one day.” The video is part of a series of Instagram posts published in the last six days by Netflix and Marvel to drum up excitement for the upcoming launch of The Punisher, starring Jon Bernthal as the gun-toting judgement-dealing vigilante, Frank Castle.

This most recent clip isn’t the first time the folks over at Netflix have taken to mercilessly teasing their fans. Last month, the streaming service dropped a promo image showing that Frank Castle traded in his iconic white skull t-shirt and trench coat for a more tactical look, just days after the new trailer was revealed. Then, on Aug. 28 the show’s official Twitter account unveiled the individual episode titles in a string of tweets… written in morse code, and an earlier tweet for the show’s release had the date blacked out.

The secrecy continues with the newest spat of teasers, but we’ve been able to glean a few things from the cryptic posts. First, Frank Castle is being hunted.

Three of the newest clips, uploaded to the official Instagram starting on Sept. 6, show CCTV footage apparently scanning for Castle using face-recognition software — which implies some considerable backing and support from somewhere (*cough* the government *cough*).

The third clip shows our vacationing vigilante in a residential driveway.

Castle’s seen standing by a car, incognito, but with a very prominent operator beard. It’s possible he’s lying low at the home of a family friend, given that the clip comes with the creepy tag: “Family is our strength and weakness.”

Whoever the would-be assailant is, they’ve got a lot of assets at their disposal, and it goes beyond the hired muscle in the first video. One clip is particularly revealing, and shows the interior of Castle’s house — which, as we know from Daredevil season two, has been left untouched since his family’s death — so, that means somebody’s been there.

It’s also telling that someone’s looking for the Punisher, as though he’s gone underground, and this new villain seems intent on getting Castle to resurface. Whoever this new nemesis is, they’ve got a lot of stones to try and play cat and mouse with the Punisher. After all, this is a man who left the Marine Corps a decorated war hero, but took on his nom de guerre after his family was brutally killed in a gang-related shooting. Beyond the years of combat-tested skills under his belt: He’s got nothing left to lose.

Netflix has yet to announce a release date for The Punisher, but with all this build-up, it could come any day.