Erectile dysfunction is the worst… In my experience, it’s even worse than getting shot at. 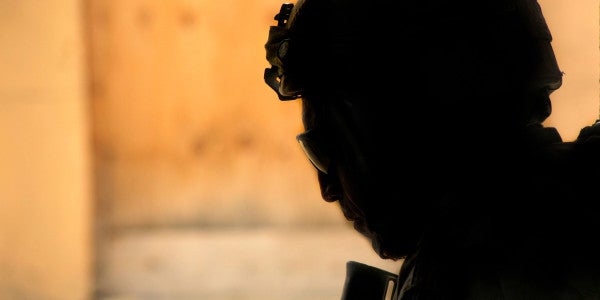 When Donald Trump tweeted a ban on transgender people serving openly in the military this week, he cited “the tremendous medical costs” of treating transgender troops as a reason for excluding them from the ranks. A writer for the Washington Post quickly surfaced an old report that the military spends $84 million a year on Viagra, Cialis, and other erectile dysfunction medication to service members and retirees. The Post opened a floodgate: Writers and social-media gadflies critical of Trump’s half-baked transgender tweets pounced on the Department of Defense’s “male enhancement” expenditures to highlight a double standard. This involved a lot of well-intentioned commenters making a lot of easy E.D. jokes.

Men must be banned from serving in the military. The associated medical costs are just too high. https://t.co/APuyXxQCVh

Music, literature, movies, and stand-up routines all agree: A man who can’t have sex isn’t really a man. We’re told sexual prowess is the essence of masculinity, and sexual dysfunction is the root of many insults. We laugh at jokes about Trump’s small penis, or describe Vladimir Putin as a “power bottom.” Everyone understands intuitively that Adolph Hitler’s junk must have been twisted, or he had one testicle or something, because there’s nothing more primal than attacking a man’s procreative potency.

Military spends 42 million dollars on viagra alone yet trans people are a burden?? NEWS FLASH NO ONE GIVES A SHIT ABOUT YOUR LIMP DICK TOD!!

I had a different perspective, as I was one of the soldiers who benefited from the Pentagon’s support for E.D. sufferers. After serving seven years in the Army and deploying twice to Afghanistan, I spent the better part of four years struggling with post-traumatic stress disorder. Part of my PTSD struggle involved receiving four 100mg pills of Viagra per month to treat debilitating impotence. (On the doctor’s recommendation, I split the pills in half to make sure the prescription lasted longer.)

It’s not easy explaining to strangers that as a healthy man in my mid-30s, I needed to use Viagra. Emotionally, I didn’t feel safe having sex, letting my guard down, and that manifested itself in a real physical problem. The easy and socially acceptable solution to feeling anxious about my love life was through drinking, but it only made things worse. I quickly learned that getting totally wasted was an inefficient, ineffective, and unhealthy solution with serious long-term downsides. So in order to have some chance at being the man I wanted to be, I swallowed my pride, and the pills, hoping to have normal connections with women while I found a way to heal.

To understand my healing process, it helps to know what broke, and when.

My experiences at war

I didn’t experience much combat on my first deployment in Afghanistan’s Paktika Province with the 173rd Airborne. It just happened that way. My only direct contact with the enemy was being rocketed every other day or so for 10 months, and getting hit by IEDs a couple times — nothing that required valor, just endurance. The real fighting happened out in the mountains, but for some reason, whenever I was present, it was quiet. I watched soldiers, sergeants, and other officers do fighting all around me. It was a great learning experience — especially as my company commander was a very gifted tactician. And I never really felt like I was in danger, personally.

I didn’t have any trouble with sex after that deployment.

My second deployment, with the 10th Mountain Division, I experienced more fighting. Near the end of that deployment to Kunduz Province, I led a minor patrol south of Imam Sahib city and ended up lying prone in a field with no cover, shot at by Taliban insurgents hiding about 50 meters away in some woods.

Running backward to the nearest covered position, I lost the most important thing a combat leader needs to serve his troops honorably: a love of battle. One can only express this love by running forward, toward gunfire.

After that otherwise insignificant patrol late in the deployment — we sustained no casualties and uncovered no caches — I thought long and hard about remaining in the Army. My brigade and battalion commanders enthusiastically recommended that I continue my career with the infantry, offering me command of the headquarters and headquarters company. I knew, though, that I’d lost the desire to fight. And a man who does not want to fight has no business being an infantry officer — no business being an officer in the military, in any capacity. Ultimately, the officer is the one responsible for a battle’s success or failure. So I submitted my paperwork and left the Army.

It was early 2011 when I reached this decision, and that’s when my sexual trouble started. At first, I found Viagra offline, but that quickly became prohibitively expensive — the medication is effective, but it is not cheap. It also felt embarrassing and offensive to have to skulk around with my secret. Besides, I had recently started a serious relationship. Buffeted between heavy drinking and off-market pills, I finally resolved to enter therapy and see what good that could do.

At first, it was hard to even show up for therapy. Constantly reminded of the things I wanted to think about least, talking to a therapist was a kind of emotional torture, and I fought many internal battles just to show up for treatment. But I wanted to get better, I hated feeling dependent on drugs that up until recently I’d associated with old perverts from Belgium or Germany in places like Thailand or Cambodia. I stayed away from boozing and attended the sessions — bi-weekly at first, and then less and less frequently. I was taught to identify signs of anxiety and trouble in myself, and with practice, I was able to use these lessons to calm down when someone cut me off on the road while driving, avoid self-medicating through alcohol, and allow myself to feel safe again in civilization.

But none of those solved my problems in bed. I was still relying on Viagra to date women, terrified that revealing this fact to them would lead to their rejection of me as a man.

I knew Viagra wasn’t a solution to my problems. There are significant side-effects, and because I hadn’t needed it in the past, I knew that I shouldn’t need it in the present or future. But in the short term, it kept me going… it helped give me the physical confidence I needed to move forward with my therapy. That probably sounds like a cheap commercial you’d pass by on Lifetime Television or in Golf Magazine, but for me, it was a powerful truth. Without Viagra, I wasn’t fully a man.

The final lesson — learned with the assistance of a supportive family and a great wife — was to truly forgive myself for the things that happened outside my control nearly seven years ago. Holding onto that image of myself as a company commander was also limiting me, forcing me to relive the times I failed, all the times I couldn’t measure up.

By 2015, I no longer required Viagra to have sex. Through therapy, hard work, and critical self-examination, I was able to put the unpleasantness of war behind me. I had to learn that everything that happened was not my doing. We did difficult work, yes, and the extraordinary gains we saw my second deployment — when the Taliban was swept out of Kunduz Province entirely for one glorious moment — could not have been accomplished without many late nights and hard patrols. But the IEDs, the injuries, even the deaths of allied soldiers and civilians — while those things were all my direct responsibility as commander, they weren’t things I had control over. As a civilian, I could forgive myself for them. Understanding this was what allowed me to move on.

Erectile dysfunction is the worst. Worse than your woman choosing another man over you, worse than losing money or sleep or a job, worse than being called bad names. In my experience, it’s even worse than getting shot at. And that’s why I wish that, in attacking the president’s ill-conceived, backward, and morally crippled plan to purge transgender people from the military, critics wouldn’t be so quick to ridicule recipients of the military’s E.D.-prescription largess. When discussing sexual impotence in public — especially impotence that may be tied to experiences of war — keep in mind the thoughts and feelings of the soldiers who had to live that shame when they returned home.