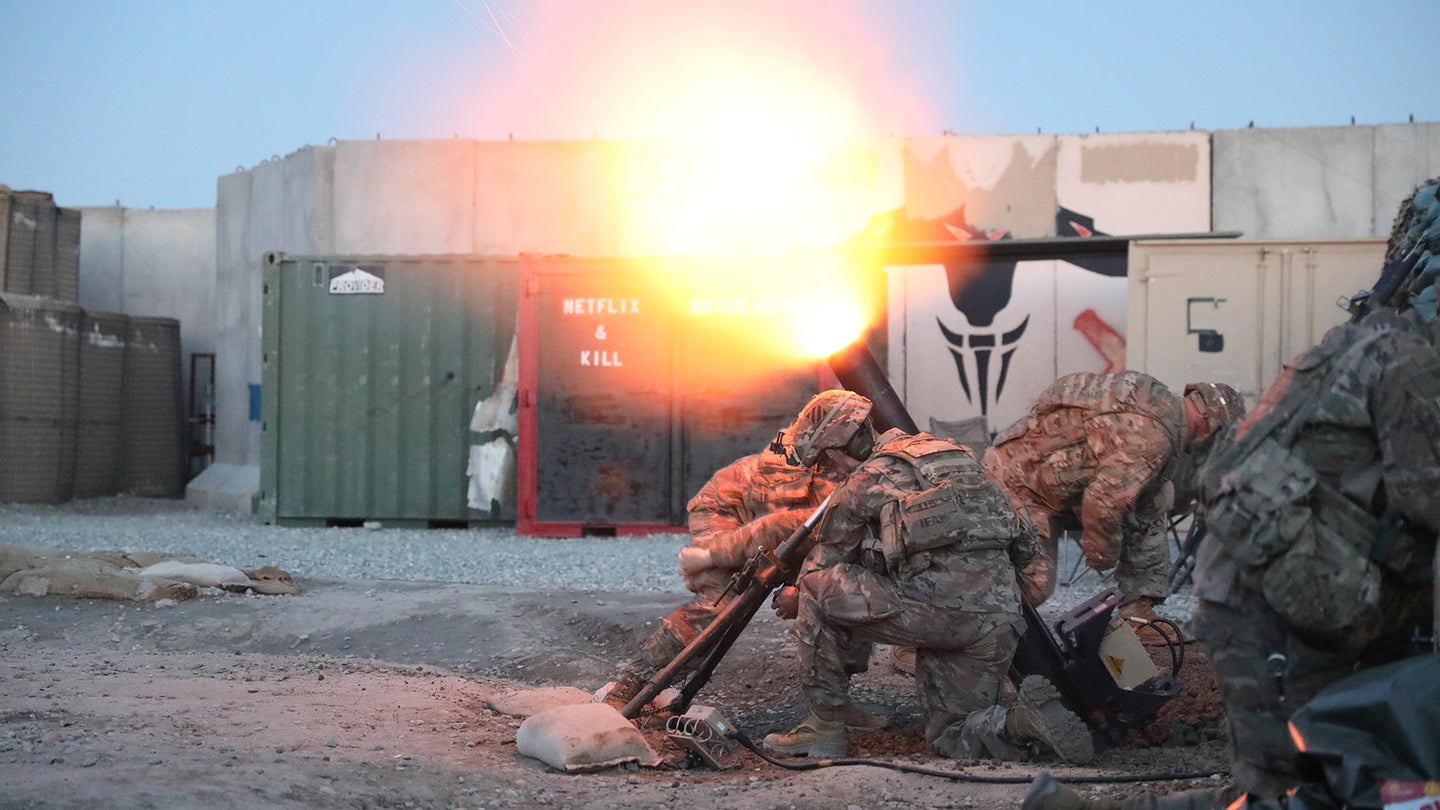 For some veterans of the Afghanistan war, the question is not why the United States is finally leaving after 20 years – it’s why wait until Sept. 11 instead of leaving now.

“Why is Sept. 11 any better day than May 11 or June 11 – just because it’s some symbolic day?” asked retired Air Force Maj. Duane Cassida. “I’m not sure I want to celebrate the fact that we have actually not been very effective for 20 years. Why pick that date? It just draws attention to the fact that we’ve been at this for 20 years.”

A former intelligence officer, Cassida is one of several veterans who responded to a Task & Purpose story asking those who fought in Afghanistan to share their thoughts about America’s longest war ending. This week, I’ve turned the Pentagon Run-Down over to them. This is their column.

From Cassida’s perspective, the U.S. government realized that the war was not winnable 10 years after he did.

Cassida recalled that when he deployed to Afghanistan for the first time in the summer of 2002, he could drive around Kabul in a cargo van without any fear of roadside bombs or other terrorist attacks.

By 2011, Cassida needed to ride in armored vehicles for the short drive from NATO headquarters to the Kabul airport, he said.

That April, Cassida was only 100 yards away when an Afghan air force colonel killed nine Americans at Kabul International Airport. It was the deadliest insider attack of the war.

Cassida could see how the United States was wasting money on trying to train and equip the Afghan security forces. He knew the war was a lost cause.

“Anybody that was working in Afghanistan at that that time who was honest with you would tell you in 2011 that this is not going to change; we’re not going to make it,” Cassida said.

Another question that comes up among Afghanistan war veterans is whether all of their service and sacrifice was for nothing. Marine Gen. Kenneth McKenzie Jr., head of U.S. Central Command, recently told reporters that the troops who died in Afghanistan gave their lives for a noble cause.

“We fought to protect our country and to give others a chance to choose their own destiny,” McKenzie said at an April 22 Pentagon news conference. “There’s no higher thing to fight for. That’s why I went to war, that’s why my son went to war. So, their loss I would say is not in vain. In fact, I would reject that. If I can paraphrase from II Timothy: They fought the good fight, they finished their race and they kept the faith even into death.”

However, with the Taliban in control of a large part of Afghanistan, the prospects for the country becoming a leading democracy in Central Asia that respects the rights of all people, especially women, look very bleak.

There is no way to describe the outcome of the Afghanistan war as a victory for the United States.

Former Air Force Technical Sgt. William Monahan counts several of his friends among the more than 2,400 service members who have died supporting operations in Afghanistan.

“The notion of a sudden withdrawal without the closure of a strategic victory diminishes the sacrifices of all those individuals,” said Monahan, who deployed to Afghanistan three times for a total of 15 months. “While ending the conflict prevents further deaths, that point is bittersweet, since so many have already lost their lives. Alfred, Lord Tennyson captured it well: ‘Ours is not to reason why; Ours is but to do and die.’”

As in other conflicts, the U.S. military was able to achieve tactical and operational victories in Afghanistan but suffered strategic defeat, Monahan said.

That is in part due to the fact that the specific criteria for success in Afghanistan were never fully established, he said. The U.S. military quickly accomplished its initial objectives of rooting out Al Qaeda and overthrowing the Taliban government that hosted them, but the goalposts kept moving and so the war dragged on for two decades.

“At every junction of the campaign, there were increased requirements,” Monahan said. “Sortie rates were increased. Maximum hours requirements were waived. Manning limitations were overruled by the Secretary of Defense — we were in country indefinitely despite our orders reading 179 days. My longest trip exceeded that by 20 days, and there was always the looming specter of extension on all the others.

“Despite all that, we were generally never apprised of the big-picture goals which drove these drastic increases in operations tempo that strained individuals and their families to the point that our career field was rumored to have the worst retention in the Air Force,” he continued. “It was simply ‘fly more, deploy more,’ and we had no idea how long this is going to last.”

But Villa, a former KC-130 crew chief, has also braced himself for the possibility that Afghanistan will revert back to the harsh theocracy imposed by the Taliban 20 years ago despite all of the efforts made by the troops who served there.

“When we left Vietnam, it all went back to the same,” Villa said. “I have a feeling that this is going to be a similar thing. And so: Was it wasted? I don’t want to think it was. I’d like to think that there were good things that came out of it – and there probably are: things that we don’t know. But who knows?

“It bothers me a little bit that it’s just going to end like this,” he continued. “It wasn’t like the end of World War II when people were kissing each other in Times Square and stuff. It’s more like: OK, we’re done.”

For Villa, the question of the U.S. military’s involvement in Afghanistan was all for nothing is intensely personal. He was supposed to go to Afghanistan in 2001, but his wife was pregnant. So, his good friend Gunnery Sgt. Stephen L. Bryson, who was already in Afghanistan, had his deployment extended.

On Jan. 9, 2002, Bryson was one of seven Marines killed when their KC-130 crashed into a mountain in Pakistan.

“Not a day goes by that I think – and it’s weird and it’s cliché, or whatever – sometimes I think that should have been me,” Villa said. “It hits me and every Jan. 9, I think about it. I think about the rest of the crew that was over there and how – maybe – lives could have been different if I was there.”

“I think that for the sake of him and for all the others: I want to believe that everything that we did over there made a difference,” he continued. “That’s what I’d like to believe.”