The U.S. Army Ranger killed on Saturday in Afghanistan may have been accidentally shot by a member of the Afghan... 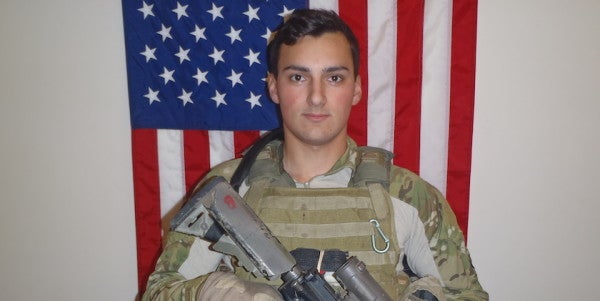 The U.S. Army Ranger killed on Saturday in Afghanistan may have been accidentally shot by a member of the Afghan security force he was working with.

Sgt. Leandro Jasso, 25, died Nov. 24 as a “result of wounds sustained while engaging enemy forces” in Nimruz Province. But according to “an initial review,” said a new statement from Resolute Support, “Sgt. Jasso was likely accidentally shot by our Afghan partner force. There are no indications he was shot intentionally.”

Jasso, a team leader in A Co., 2nd Battalion, 75th Ranger Regiment, was on his third deployment to Afghanistan. He was in a gun battle with al Qaeda militants when he was shot, according to The Washington Post.

RS added that early witness interviews indicated the accidental shooting of Jasso occurred when Afghan partners “became engaged in a close-quarter battle during an assault on one of multiple barricaded al Qaeda shooters.”

“Sgt. Jasso was killed defending our nation, fighting al Qaeda alongside our Afghan partners,” Gen. Austin Miller, the top America commander in Afghanistan, said in a statement. “All of us, and throughout our coalition of 41 nations, recognize the threats posed by groups such as al Qaeda and ISIS and are determined to fight them here.”

Jasso was the 10th American service member to die in Afghanistan this year. Three more American troops were killed and another three were wounded on Tuesday by an improvised explosive device near Ghazni.