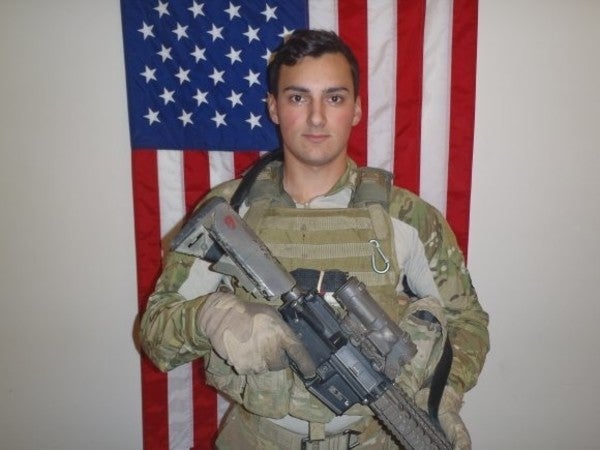 A new report has confirmed that an Army Ranger's death during a raid in Afghanistan last November was due to friendly fire from an elite Afghan commando unit.

According to records obtained by Army Times through a Freedom of Information Act request, the shot that mortally wounded Sgt. Leandro Jasso on November 24, 2018, came from a soldier assigned to the Afghan National Army Special Operations Command's Ktah Khas batallon.

On the night of Jasso's death, a joint force of Rangers and Ktah Khas soldiers were on a “time-sensitive raid” in Afghanistan's in Nimruz Province when they engaged al-Qaeda militants.

During the firefight, “a strange scene” occurred “in which the joint force tried to talk down a man in a large tree…only to find there was no man, but just clothing items and a pair of shoes hanging below the branches,” according to Army Times.

When the joint force was temporarily distracted by the tree-borne rags, an actual al-Qaeda fighter opened fire on the Rangers, prompting the Ktah Khas soldiers to return fire “dangerously close to Jasso,” who was mere feet from the combatant.

Less than an hour later, Jasso was pronounced dead. Another Ranger and an Afghan soldier were wounded, and the Army later announced that Maiko, the 2nd Battalion's military working dog, was also killed while distracting the enemy during the raid.

An initial review of his death found that Jasso was likely killed in a friendly fire incident, Resolute Support said at the time, adding that there were “no indications he was shot intentionally.”

The investigating officer in the report obtained by Army Times confirmed that there was “no evidence that the KKA [Ktah Khas] soldier pre-meditatively or purposely killed Sgt. Jasso.”

The investigating officer attributed Jasso's death to “hasty mission planning” and “confusion over the exact location of the fleeing male fighter and a lack of positioning and situational awareness,” Army Times reports.

Soldiers with Ktah Khas had previously conducted five operations alongside the Rangers without any incidents of friendly fire.

Jasso — a 25-year-old team leader in A Company, 2nd Battalion, 75th Ranger Regiment – was on his third deployment to Afghanistan when he was killed.

“Sgt. Jasso was a humble professional who placed the mission first, lived the Ranger Creed and will be deeply missed,” Lt. Col. Rob McChrystal, then the commander of the 2nd Battalion, 75th Ranger Regiment, said at the time.