The first U.S. military combat-related deaths attributed to the still ongoing war in Afghanistan were two Army Rangers who died... 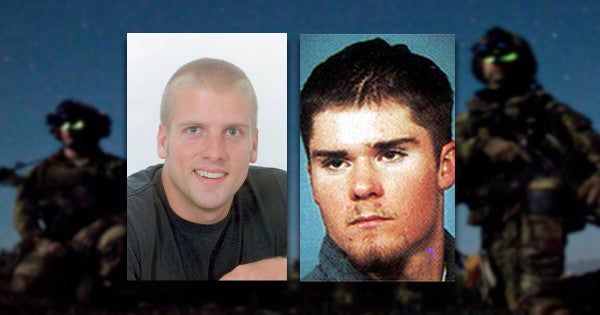 The first U.S. military combat-related deaths attributed to the still ongoing war in Afghanistan were two Army Rangers who died in a helicopter crash 17 years ago on Oct. 19, 2001.

Pfc. Kristofor T. Stonesifer, of Missoula, Montana, and Spc. Jonn J. Edmunds, of Cheyenne, Wyoming, were killed when their Black Hawk helicopter crashed in Pakistan, while in support of a special operations raid into Kandahar, Afghanistan days after Operation Enduring Freedom kicked off (Air Force Master Sgt. Evander Andrews was the first service member who died in support of OEF, as a result of a fork lift accident in Qatar).

While assigned to Bravo Co., 3rd Battalion, 75th Ranger Regiment, Stonesifer and Edmunds were part of a Combat Search and Rescue (CSAR) element supporting their fellow Rangers during Operation Rhino, which air-dropped hundreds of Rangers onto targets in and around the Kandahar area, then a Taliban stronghold.

While their fellow soldiers in Alpha Co. were dropping into Afghanistan on Oct. 19, Bravo Co. was back in Pakistan standing by in case there was trouble.

Fortunately, the operation went off without a hitch. The Rangers conducted a fairly flawless night-time parachute drop, seized an airstrip, and began establishing what would later be called Camp Rhino. A unit of Marines followed soon after and became the first conventional forces in the country.

But according to the book Special Forces in the War on Terror by Leigh Neville, both Stonesifer, 28, and Edmunds, 20, “were sadly killed when their MH-60L helicopter crashed at Objective Honda in Pakistan, a temporary staging site secured by a company of Rangers from 3/75th Ranger Regiment.”

“The crash was the result of what is termed a brown-out (a dust storm caused by rotor downdraft that temporarily blinds the aircrew) rather than enemy action.” Hostile fire was quickly ruled out as the reason for the crash, according to a Pentagon press release.

“They and all who are participating in Operation Enduring Freedom are heroes,” Air Force Gen. Richard B. Myers, then-chairman of the Joint Chiefs of Staff, said at the time. “They put their lives on the line on behalf of freedom and on behalf of America, and they do it each and every day. I'm so very proud of them and their comrades in arms.”

Stonesifer, who was posthumously promoted to specialist, began his Army career at the University of Montana. In 1999, he joined the ROTC program on the path to becoming an officer, but grew restless, his Arlington Cemetery memorial page says, and decided to enlist in the Army in 2000.

“He wanted to be the best soldier in the U.S. Army, and the best soldiers in the Army are in the Ranger battalion,” Lt. Col. Jim Clegg, professor of military science and head of the ROTC program at the University of Montana, told The Washington Times.

“He was a very mature and focused young man, one of my top two cadets in a very challenging year, that's the junior year in an ROTC program. He was a little older, and he had been around a little bit. He made better decisions than some of the younger cadets made.”

Edmunds came from a military family. His father was in the Army and served three tours in Vietnam, and his grandfather fought in World War II, according to ABC News. Joining the military was “a dream come true,” his family told ABC.

“I think what made him such a wonderful soldier was the fact that he was such a wonderful person and such a dedicated husband and individual,” his wife, Anne Edmunds said on ABC's Good Morning America. “Jonn was a very special person to me.”

The U.S. military has suffered a total of 2,401 deaths and 20,341 wounded in Afghanistan, according to the most recent Pentagon statistics.