Chinese spies are eavesdropping on President Donald Trump's cell phone calls with friends and using what they learn to try... 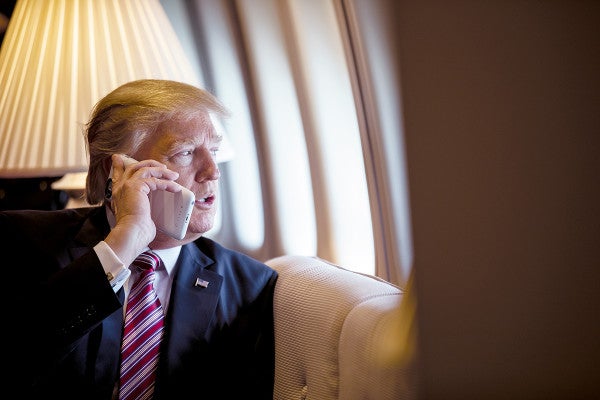 Chinese spies are eavesdropping on President Donald Trump's cell phone calls with friends and using what they learn to try and sway him on the escalating trade war, according to a new report in The New York Times.

The so-called experts on Trump over at the New York Times wrote a long and boring article on my cellphone usage that is so incorrect I do not have time here to correct it. I only use Government Phones, and have only one seldom used government cell phone. Story is soooo wrong!

Chinese foreign ministry spokeswoman Hua Chunying on the @NYTimes report that China is listening into Trump's iPhone: “If they are worrying about iPhones being tapped, they can use Huawei." via @LunaLinCN