Trump to extend orders for National Guardsmen, who will be eligible for federal benefits

Trump will extend the federal orders from June 24 until mid-August. 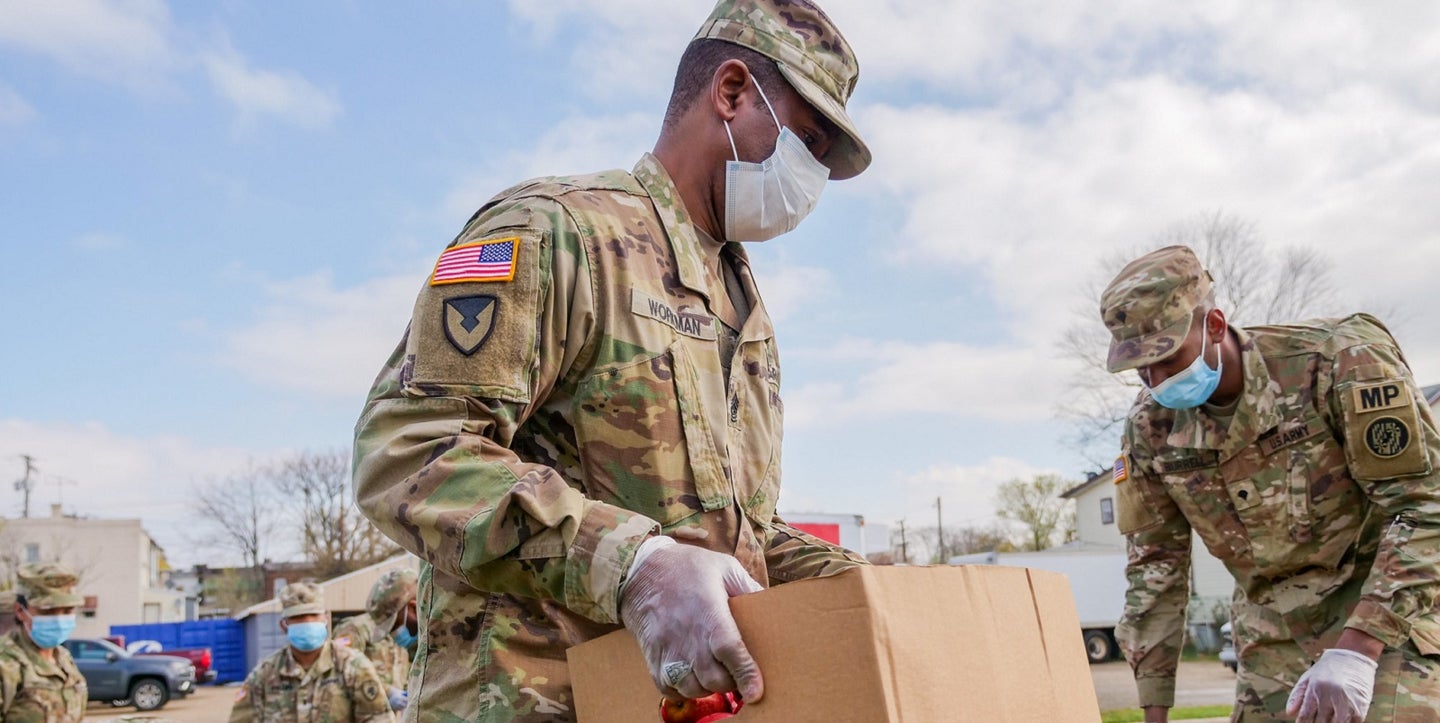 “The men and women of the National Guard have been doing a great job fighting the CoronaVirus,” Trump tweeted on Thursday. “This week, I will extend their Title 32 orders through mid-August, so they can continue to help States succeed in their response and recovery efforts.”

The president’s move comes following an outcry after Politico reporter Alice Miranda Ollstein first revealed earlier this month that more than 40,000 National Guardsmen who have been activated as part of the Defense Department’s response to the coronavirus would end up just one day short of being eligible for the education and retirement benefits when their federal orders expired on June 24.

The Post 9/11 GI Bill requires Guardsmen to be activated under federal authority for at least 90 days in order to be eligible for the benefits. Before the president announced the planned extension beyond June 24, Guardsmen were expected to spend up to 89 days on federal orders.

“The one thing we know for sure is that this mission is going to continue beyond the 24th of June,” Lengyel said during a May 22 interview. “Many states have said it is going to be hard for us to transition” [to the state-funded mission if the federal deployment adds after just 89 days].”

On Thursday, a National Guard spokesman referred questions about Trump’s tweet to the White House.

The National Guard remains committed to its service in support of the fight against COVID-19 and will remain in that fight as long as we are needed,” said Army Master Sgt. Michael Houk. “Our nation is looking to the National Guard to help and we will not let them down.”