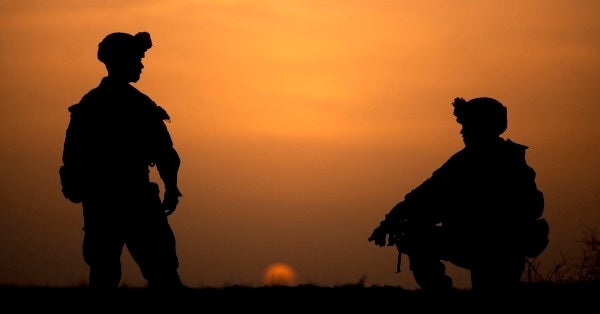 The novel coronavirus (COVID-19) is a stark reminder that America’s defense requires more than the Department of Defense.

This was awkwardly clear earlier this month, as combat aircraft paid tribute to the nation’s healthcare workers with a series of highly visible flyovers in the skies above many American cities. Against an infectious disease, exquisite warplanes such as the F-35, the most expensive defense program in U.S. history, are not good for much more than saying thank you. The flyovers were even derided as unhelpful bullshit. Could the military do more to assist? Likely yes, but there are risks. The U.S. military has a monopoly on legitimate violence against foreign enemies; it must be ready to do what only the military can do. Now is the time to put the military back in its place.

There is a long-standing debate over the best ways to protect America’s population and vital interests—especially from threats the U.S. military is not designed to fight. As noted by a member of Congress, the price of an F-35 could buy 2,200 ventilators. COVID-19 is deadlier than all of America’s recent wars. Many of the virus’ victims are the same citizens whose taxes paid for fighter jet flyovers to honor their bedside nurses. In “battle” against a virus, Americans without healthcare are no longer solely a domestic political concern but are an exposed flank in the nation’s defenses. Given the world economy is expected to contract more than it did in the 2008-2009 financial crisis, hard hit, jobless Americans will understandably demand a reevaluation of public spending priorities. Some are already wondering what their “expensive, high-tech military is good for.”

Retired U.S. Navy Adm. James Stavridis has several ideas—the military could, among other things, provide more medical support, and assist law enforcement and civil agencies, but he caveats that “job one” is preparedness for “prompt and sustained combat operations.” It is excruciatingly difficult, however, to fulfill these tasks without risking so-called job one. For example, soldiers called up for border security operations are not honing their skills for combat. If Pentagon leaders are orchestrating “team-building” for pandemic response, they aren’t focused on the nation’s more violent enemies. Long before COVID-19, concerns had already been growing over how the “military became everything,” finding itself in roles better performed by civilians.

The pandemic stresses the military’s proper function: preparing to fight and win America’s wars. Drawing connections between global health, healthcare, and national security is not a new concept. If Americans decide to reallocate portions of the admittedly massive defense budget, they must also sharply define the military’s purpose. One way to shrink the cost of the military would be to limit, not expand, its support to civil agencies. Before America shifts military priorities, the nation must also ask: what type of world will COVID-19 leave behind?

Americans facing unemployment and overwhelmed hospital wards are probably not thinking about war; however, failing to consider the increasing risks of conflict could prove just as disastrous as the current state of pandemic preparedness. The United Nation’s world food program director recently warned famine incurred from the outbreak’s fallout could “kill more people than the virus itself.” Food insecurity is already a global problem, especially in war zones. It’s not hard to imagine how further shortages, supply chain disruption, and expected economic depression could fuel cycles of conflict.

Enemies of democracy like China, Russia, Iran, and North Korea are already taking full advantage of the uncertainty, and “want to know” if or how COVID-19 has degraded U.S. military readiness. This is a reasonable question; the virus humbled even a nuclear-powered aircraft carrier, temporarily reducing American firepower in the strategic crossroads of the South Pacific. The pandemic is also providing new opportunities for malign actors to challenge the threatened world order in the gray zone that “falls between the traditional war and peace duality.”

In a widely publicized letter that led to his relief, the commanding officer of the coronavirus-stricken USS Theodore Roosevelt noted America was “not at war.” While his assertion is correct, regrettably it does not matter. Viruses do not respect declarations of war and peace. Nor do America’s enemies. Even if outright war does not follow the pandemic, the United States must still counter increased aggression like China’s deployment of “carrier killer” missiles, predatory economic policies, cyber-attacks to steal intellectual property, and even misinformation campaigns sowing panic amidst the outbreak. The Chinese government’s disrespect for human rights and efforts to block legitimate investigation into the source of COVID-19 has laid bare its attempts to retain power, which could foreseeably escalate to armed conflict.

The pandemic is proving to be a dictator’s dream come true as a way to rationalize extreme population surveillance and control. As authoritarianism is on the rise, the world is becoming more dangerous for democracy. Americans are justified in appealing for broader, non-combat “defense” needs such as respiratory ventilators and better healthcare, even at the expense of fighter jets or other weapon systems. But these are not risk-free trades. The nation should not forget that public flyovers also send a message to enemies: America’s military is ready.

Despite the pandemic’s painful “new normal,” America must resist knee-jerk impulses to further dilute the U.S. military’s purpose or limit its capacity to fight. The outbreak is teaching the country difficult but valuable lessons, foremost that the military is necessary but insufficient to guarantee America’s safety. Above all, COVID-19 should remind Americans that the military is not meant to be the helping hand of civil agencies, but is the only institution which can defend the nation and its interests in a post-pandemic conflict. Let’s put the U.S. military back in its place.