The federal government and National Guard are friends with no benefits. 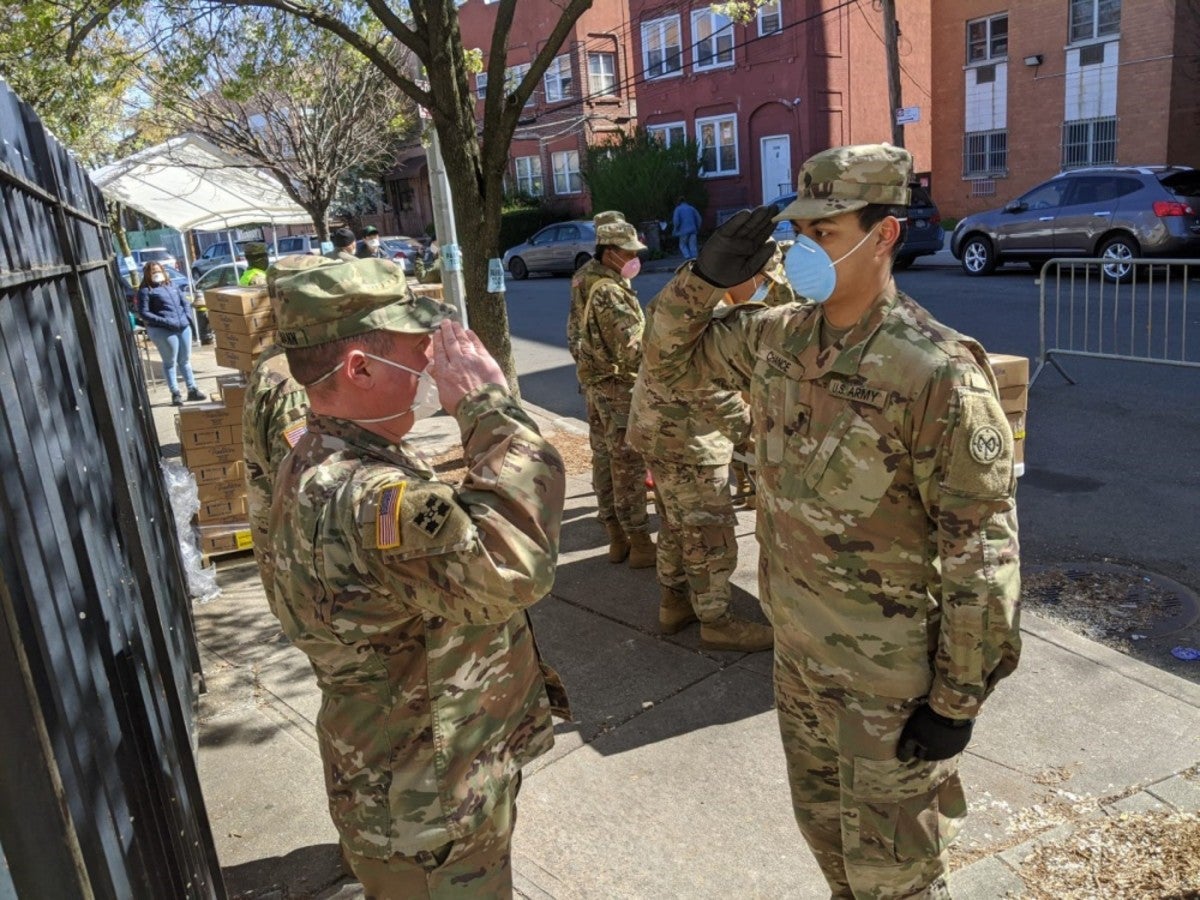 It sure looks like thousands of National Guardsmen who are helping states cope with the novel coronavirus (COVID-19) are about to get screwed out of federal benefits.

Politico reporter Alice Miranda Ollstein first revealed that federal orders for roughly 40,000 Guardsmen are set to expire on June 24 – putting guardsmen just one day shy of being able to qualify for early retirement and education benefits under the Post-9/11 GI Bill.

If that funding is not renewed, the Guardsmen will have up to 89 days activated under federal authority. The Post 9/11 GI Bill requires guardsmen activated for at least 90 days to be eligible for the early retirement and education benefits; however, they can continue to accrue time toward those benefits if they are subsequently activated on federal orders again.

Ultimately, FEMA decides how long guardsmen are activated under federal orders for national-level emergencies, a spokesman for the National Guard Bureau said.

“National Guard Bureau is currently working with DoD and FEMA to determine the best ways to care for our Guard men and women in this unprecedented response,” said the spokesman, who declined to be identified.

Rep. Max Rose (D-N.Y.) has called the idea of ending orders for National Guardsmen one day before the deadline to receive benefits “the definition of heartless.”

“In peace time we should never balance our budget on the backs of our soldiers, so why anyone would think this is okay to do in the middle of a wartime effort is beyond human comprehension,” Rose said in a Tuesday news release.

Rose deployed to Afghanistan in 2012 and 2013 and received the Purple Heart and Bronze Star. He is also a captain in the Army National Guard and was activated for two weeks to help set up an emergency hospital on Staten Island as part of the coronavirus response.

“This decision must be reversed not only because it is deeply unpatriotic, but also economically unsound and puts our gains against COVID-19 at risk for some short-term, foolish budgetary gimmick,” Rose said in the news release.