"I do not support invoking the Insurrection Act" 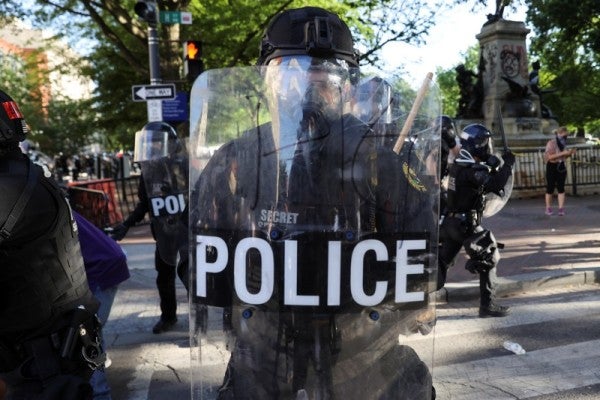 Setting the stage for a possible confrontation with the White House, Defense Secretary Mark Esper said he opposes invoking the Insurrection Act to allow active-duty troops to respond to the violent protests that have sprung up across the country.

President Donald Trump has raised the possibility several times of using active-duty troops to put down the riots, which emerged following the death of Minneapolis man George Floyd at the hands of a white police officer.

On Monday, Trump vowed to “deploy the United States military and quickly solve the problem” if any cities or states did not take appropriate action to restore law and order.

But on Wednesday, Esper told reporters that he does not believe that conditions have reached a point where active-duty troops are required to assist the National Guard as well as federal and local law enforcement.

“I say this not only as secretary of defense but also as a former soldier and a former member of the National Guard: The option to use active-duty forces in a law enforcement role should only be used as a matter of last resort – and only in the most urgent and dire of situations,” Esper said at a Pentagon news conference. “We are not in one of those situations now. I do not support invoking the Insurrection Act.”

Currently, about 1,600 active-duty troops from Fort Bragg, North Carolina, and Fort Drum, New York, are in the national capitol region near Washington D.C. in case they are called upon, said Pentagon spokesman Jonathan Hoffman.

“Active duty elements are postured on military bases in the National Capitol Region but are not in Washington, D.C.,” Hoffman said in a statement. “They are on heightened alert status but remain under Title X authority and are not participating in defense support to civil authority operations.”

Unless the president invokes the Insurrection Act, federal troops are not allowed to enforce civilian laws inside the United States per the Posse Comitatus Act, a law passed after the Civil War to appease the South.

Both presidents Dwight D. Eisenhower and John F. Kennedy invoked the Insurrection Act to deploy active-duty troops and federalize the National Guard as part of efforts to desegregate schools in Arkansas, Mississippi, and Alabama.

In 1992, President George H.W. Bush used the Insurrection Act to federalize the California National Guard during riots sparked by the acquittal of white police officers who were caught on video beating Rodney King.

In 2005, President George W. Bush considered using the Insurrection Act so the federal government could take over the National Guard’s response to Hurricane Katrina in the Gulf states but he ultimately decided against doing so.