"There is no role for the U.S. military in determining the outcome of an American election.” 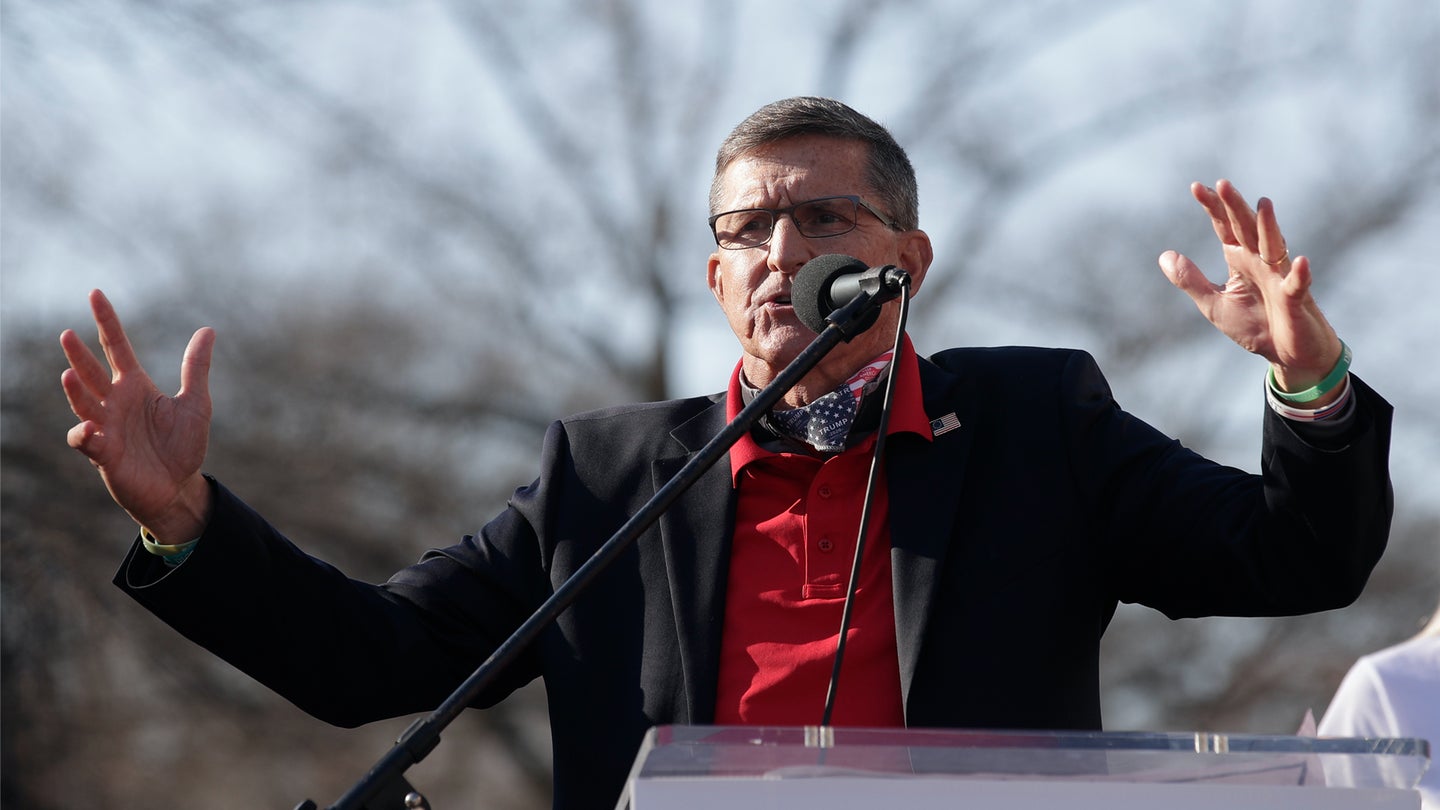 The Army isn’t planning on helping anyone overturn the 2020 election results any time soon.

While that statement may seem obvious to most, it appears others might need a reminder — namely, retired Army Lt. Gen. Michael Flynn, President Donald Trump’s first national security advisor and a noted conspiracy theorist.

On Dec. 17, Flynn appeared on Newsmax, a far-right news channel, to declare that Trump, who lost the presidential election in November to former Vice President Joe Biden, could “take military capabilities, and he could place them in those [swing states], and basically re-run an election in each of those states.”

“These people out there talking about martial law like it’s something that we’ve never done. Martial law has been instituted 64 — 64 — times,” Flynn said. “So, I’m not calling for that, we have a Constitutional process … that has to be followed.”

Despite Flynn’s claim that the U.S. military could be dispatched to take part in re-running the presidential election in certain states, senior military leaders say that’s not going to happen.

On Friday, Army Secretary Ryan McCarthy and Chief of Staff Gen. James McConville said in a joint statement that there “is no role for the U.S. military in determining the outcome of an American election.”

This isn’t the first time Flynn has suggested the military intervene in the election results (which have been solidly confirmed). Earlier this month, Flynn shared a press release which demanded that Trump invoke “limited Martial law in order to allow the U.S. Military to oversee a new free and fair federal election.”

Other far-right voices have also called on the military to take action, Politico reported on Friday, believing that the Insurrection Act  is “a needed step to prevent President-elect Joe Biden from assuming the presidency.”

Originally passed in 1807, the Insurrection Act has been amended numerous times over the years, and as it stands today allows the president to deploy troops within the United States under certain circumstances, such as helping to enforce civilian law, or in response to a natural disaster or terrorist attack.

As NPR reported back in June, the Insurrection Act was last used during the 1992 riots in Los Angeles that took place following the acquittal of four white police officers in the beating of Rodney King. Before that, it was invoked in 1989 to stop looing in the Virgin Islands in the wake of Hurricane Hugo.